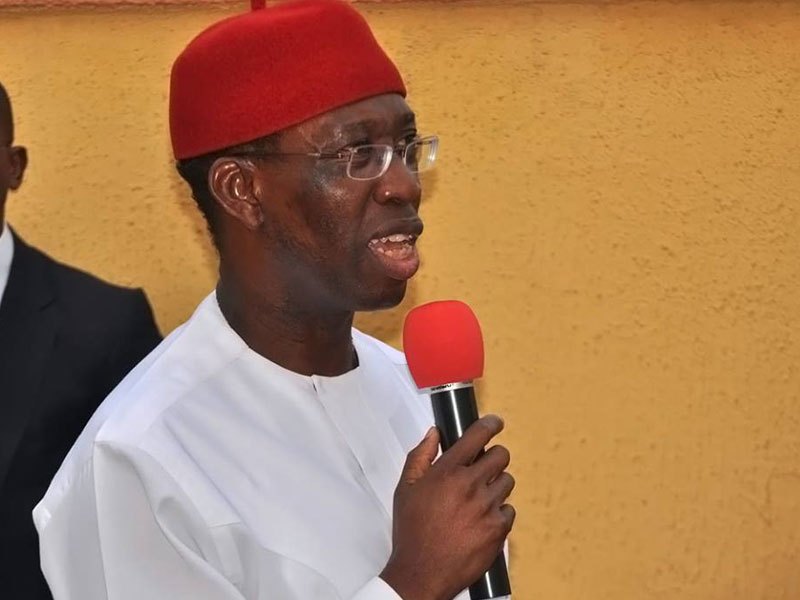 Governor Ifeanyi Okowa of Delta State has directed the demolition of all privately-owned houses sited within the perimeter fencing of the Asaba International Airport.

The governor gave the directive on Tuesday while inspecting the ongoing resurfacing of the airport runway and other ancillary work to ensure the contractors delivered as promised in May.

He said any building within the perimeter fencing that had relevant documents would be paid compensation, adding that the focus was to ensure safety at the airport.

“We need to determine the perimeter of the airport to know where our land ends.

“I have asked the Commissioner for Lands and Survey to take inventories for us to take necessary actions.

“If the owners of the buildings have relevant documents, they will be compensated because, what is foremost on our mind is safety,” Mr Okowa said.

He, however, lauded the level of work done at the airport, adding that the contractor was working hard to beat the five weeks deadline for the reopening of the airport for commercial activities.

“The contractor is right on course and they will deliver before the deadline.

“We are concentrating on the runway which must be of international standards, and we are confident that we will get one of the best in the country.

“I am happy with the pace of work,” he said.

The Project Manager, Setraco Nigeria Limited, Jihad Yaghi, thanked the governor for encouraging the company to speed up the delivery of the project.

He said that everybody was committed and working hard to ensure that the job was completed on schedule and according to specifications.

The Airport Special Project Director, Austin Ayemidejor, who took the governor and his team round the project site, assured that the contractor was working round the clock to deliver the project before the deadline and to specifications.