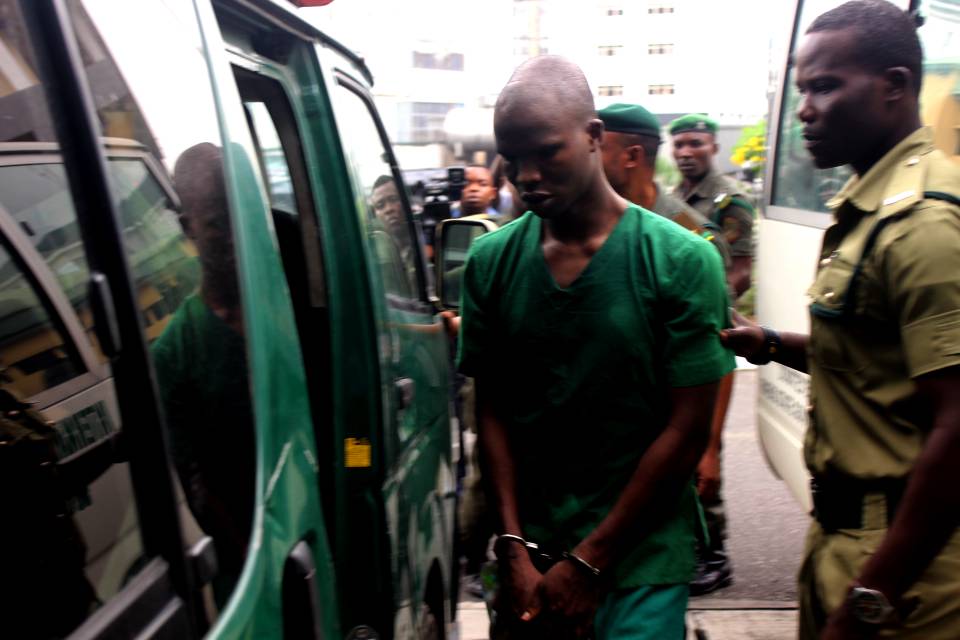 The trial of suspected ritualist, Ifeanyi Dike, commenced on Friday at the Rivers State High Court Number 9, where he was arraigned before judge, Adolphus Enebeli.

A mild drama ensued in court as Ifeanyi Dike gave a loud shout after his case was mentioned. Thereafter, he refused to take his plea.

His counsel, Lizinna Ameegua, urged the court to order that a mental examination be carried out on him to ascertain his mental status. The judge declined the request.

Thereafter, Ifeanyi Dike collapsed in court. The court entered a plea of not guilty for him, while the second and third accused persons pleaded not guilty.

The matter was adjourned to January 16, 26 and 29, 2018 for definite hearing. Mr. Enebeli said the matter would be heard on a day to day basis.

Earlier in the court, counsel to Mr. Dike, Lizinna Ameegua, raised objection to the trial on the ground that the information filed by the prosecution was incomplete.

He urged the court to discharge the first accused person. The court dismissed the request.

Addressing journalists after the adjournment, Rivers State Attorney General and Commissioner of Justice, Emmanuel Aguma said he expects the case to be heard expeditiously.

He said that no party in the case is entitled to more than three adjournments in the course of the hearing.

He said one of the reasons for the adjournment on Friday was for Ifeanyi Dike to get medical attention.

The Secretary of the International Federation of Female Lawyers, FIDA, Nnenna Igbokwe expressed confidence that justice will be achieved now that trial has commenced.