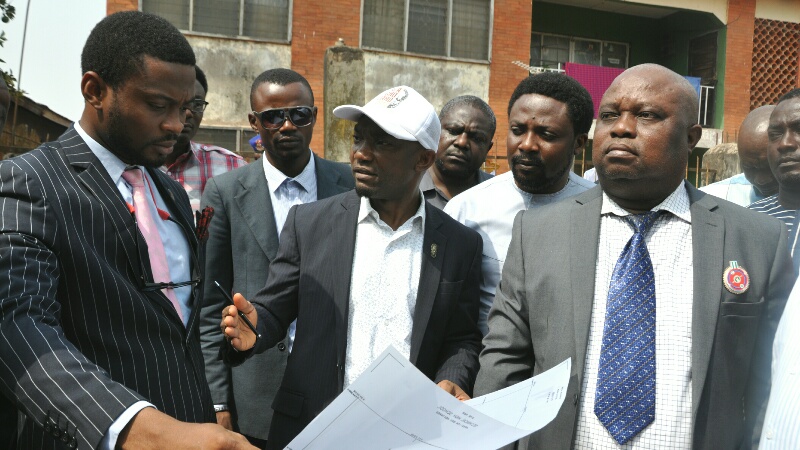 The Edo State Government has ordered owners of properties erected on the land of the Benin Science and Technical College, BSTC, to remove the properties, to allow reconstruction and expansion work at the institution.

The Chief of Staff to the State Governor, Taiwo Akerele, gave the quit notice to the alleged trespassers on Wednesday while overseeing the reconstruction of the college.

“The state government will complete the parameter fence to demarcate the original land accommodating the Benin Science and Technical College,” Mr. Akerele said at the site.

“It is disheartening to find that people allocate government land to themselves and set-up permanent structures on such illegally obtained landed properties without any document indicating approvals,” he said.

“We have shown the illegal occupiers of the land a building plan that was approved in 1966. The plan was signed by the Surveyor-General in 1967. It detailed the parameter accommodating the Benin Technical College.

“Apparently, some persons decided to apportion land belonging to Benin Science and Technical College to themselves. The cattle ranch and sawmill here are temporary shelters, but there are other properties, assets, and private property built on the land.”

Mr. Akerele said the government was embarking on a sensitisation campaign to urge “those who ignorantly set-up structures on the land to relocate from the land.”

The state Commissioner for Physical Planning and Urban Development, Edorodion Erimona, who was also part of the inspection team, said owners of permanent structures on the school land have no evidence to show that government ceded the land to them.

“It is unknown to the law and to government that any other private property exists on the land, so there is no property here that doesn’t belong to Benin Science and Technical College.

“We are here to ensure that every part of the land which belongs to the College is reclaimed as government intends to use the land for its original purpose, which is education.”

Mr. Erimona said the state government was driving its policy on technical education by expanding infrastructure, providing equipment and engaging qualified instructors at the college.