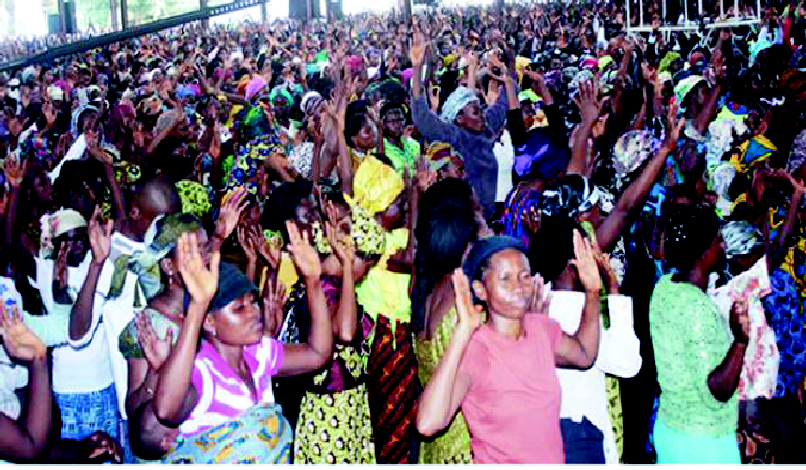 Worship session in a church

A receipt has surfaced online which indicates a man paid N5,000 to purchase ‘deliverance’ at a church in Calabar, southern Nigeria.

The fee was reportedly paid to The God’s Spirit Touch Church International, a.k.a.: Chosen Chapel, on September 7.

Details of when the photo was first uploaded on the Internet and by who were unclear as at Wednesday morning when PREMIUM TIMES saw it on Twitter, where it’s believed to have been making the rounds for a while.

Truecaller (a software used for unveiling owners of mobile lines) identified one of the two numbers listed on the receipt head as belonging to Prophet David, indicating that the church is genuine.

A church official, who spoke with PREMIUM TIMES initially said it was “impossible” for the church’s receipt to make it to the Internet.

He also said the internal affairs of the church should not be of interest to the public, especially those who are not members of its congregation.

But as the conversation dragged, he admitted that the receipt emanated from the church and the money was meant as contribution to rebuild the church following damages from erosion.

“To say the truth as a child of God, the money was contribution for rebuilding the church because we’ve been battling with erosion,” the official, who identified himself as Prophet Osuala, told PREMIUM TIMES.

When asked why the fee was billed as going into deliverance purposes when it was for construction, Mr. Osuala said members are allowed to make donations “anyhow they like.”

He promised to support his claim by sending pictures of the ongoing construction at his church later.

Over the past decades, a few Nigerian churches have faced online ridicule after being caught receiving payments under ludicrous circumstances.

Why Federer is really the Number One