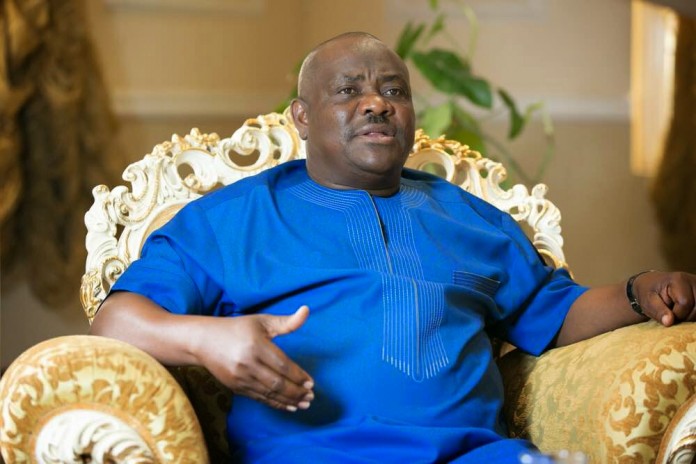 The governor of Rivers State, Nyesom Wike, has urged Nigerians to disregard posters displayed in parts of Abuja indicating his interest in the vice presidential position in 2019 race.

The governor, who described the action as the handwork of mischief makers, said his attention was drawn to it recently.

He made this call in a statement signed by his special assistant on electronic media, Simeon Nwakaudu, adding that the posters were from ”political mischief makers who seem to have forgotten that nobody runs for the office of the vice president.”

The statement read, “The attention of the Rivers State Governor, His Excellency, Nyesom Ezenwo Wike has been drawn to the posting and circulation of fake vice presidential posters by political mischief makers.

“Governor Wike will not be distracted by the antics of misguided politicians who want to mislead Nigerians.”

Mr. Wike, who belongs to the opposition Peoples Democratic Party, PDP is one of the prominent critics of the ruling All Progressive Congress, APC.

His party has already zoned the presidential slot to the Northern part of the country.

In Nigerian politics, a nominated presidential candidate is usually allowed to pick his running mate after internal consultations with all the critical arms of the party in question.