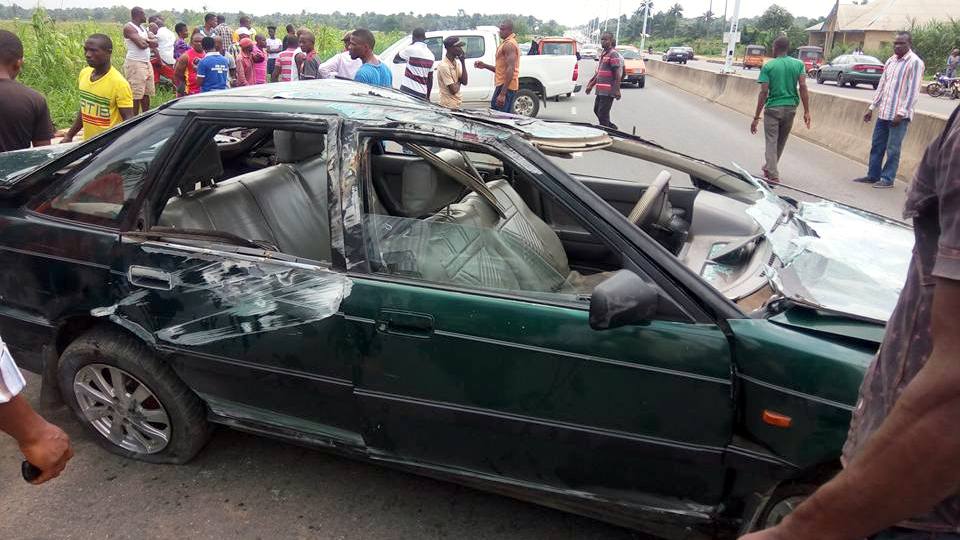 One person – a woman in her 30s – was killed on Friday in a car crash in Ibesikpo-Asutan, Akwa Ibom State.

The crash happened along Aka-Nung Udoe Road, around Owot Uta Village, at about 12:45 p.m.

The woman who died on the spot was identified as Awanabasi Warri, a resident of Idua Eket, Eket.

Her lifeless body was placed on the road pavement.

A witness told PREMIUM TIMES that the ill-fated green-colour Honda car, which was traveling from Uyo to Eket, had somersaulted multiple times along the highway.

The witness, Aniefiok Ekwere, said that from the testimony of one of the injured passengers, the deadly crash was allegedly triggered by the action of some personnel of a task force said to be working for the Akwa Ibom State government.

The task force, PREMIUM TIMES gathered, is meant to check illegal loading of passengers along the highways.

An official of the task force was said to have disguised as a passenger and flagged down the taxi, while other members of the task force, driving inside a brown Toyota Camry car, were said to be trailing the same taxi.

“While the car was still going, the task force man that entered the car tried to force the driver to stop the car,” Mr. Ekwere told PREMIUM TIMES.

“He (the task force official) was sitting in the back seat of the taxi. When they got to Owot Uta, the man struggled with the driver for the control of the car steering. The car hit the road pavement and tumbled several times.

The witness said the woman who died in the crash was in the front seat, besides the driver’s.

He said the official of the task force, who was inside the crashed vehicle jumped out of it, ran across the road and entered a tricycle which zoomed off, before the first responders could understand what really happened.

The Toyota Camry, which had the task force team inside it, sped off too immediately the crash occurred, he said.

The police spokesperson in the state, Ikechukwu Chukwu, confirmed the crash.