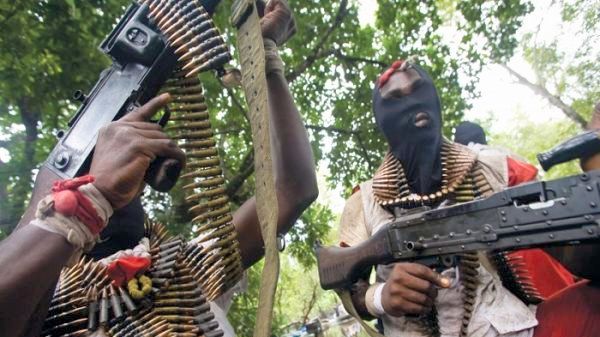 A group in the Niger Delta region, Bakassi Strike Force, BSF, has surrendered some arms to show its desire for peace if the Federal Government addresses its concerns.

Olaolu Daudu, the military spokesperson in the Niger Delta, confirmed the development in a statement issued on Wednesday in Yenagoa, Bayelsa State.

Mr. Daudu, a lieutenant colonel, said that the terms of the final surrender were being worked out by the Cross River Command of the State Security Services and the Cross River government.

He said that the militant group had turned in one General Purpose Machine Gun (GPMG) and an AK 47 rifle as a show of good faith towards the proposed peace deal.

“Available information from Sector 4 in Cross River State indicates that Bakassi Strike Force (BSF) militants led by one Mr Benjamin Ene have expressed unreserved willingness to lay down their arms.

“They have contacted the Department of State Service in Cross River State through the State Government’s appointed rappoteur on amnesty to signify their readiness to hold talks on amnesty with the relevant authorities.

“To buttress this demonstration of goodwill, BSF turned in one General Purpose Machine Gun (GPMG) and an AK 47 rifle.

“The Department of State Service representatives and representatives of the rappoteur have since recovered the arms as talks are ongoing on modalities to surrender their remaining arms,” Mr. Daudu said.

The leader of the group, Benjamin Ene, aka ‘Humble Lion G1’ had on November 1 expressed the desire to surrender in a video message where he listed conditions for surrendering his stockpile of ammunition..

Mr. Ene said his group was not out to vandalise national asset but focussed on the wellbeing of residents of Bakassi, now ceded to Cameroon.

The leader, who spoke from his camp in the creeks of southern Cross River, said that unlike other militant groups, his had no record of oil installation destruction or molestation of citizens.

Mr. Daudu said that the Acting Commander of the Joint Military Force deployed to the Niger Delta, Operation Delta Safe, Kevin Aligbe, has applauded the move by the militant group to surrender and embrace peace. .

Mr. Aligbe, a brigadier general, maintained that the military has zero tolerance for militancy and related crimes in the joint operations area and urged other aggrieved groups to emulate the BSF by laying down their arms.

He advised the other Niger Delta militants groups to embrace the reconciliatory channels open at both state and federal levels.

The spokesperson also said that troops of Sector 3, following a tip off on Wednesday, swiftly reacted and swooped on suspected sea robbers around Kumfari Community near Idama in Rivers State.

During the encounter, one suspected sea robber was killed, two were wounded and seven others apprehended as one locally made pistol and machete were recovered.

He said that the suspects were undergoing further investigation.