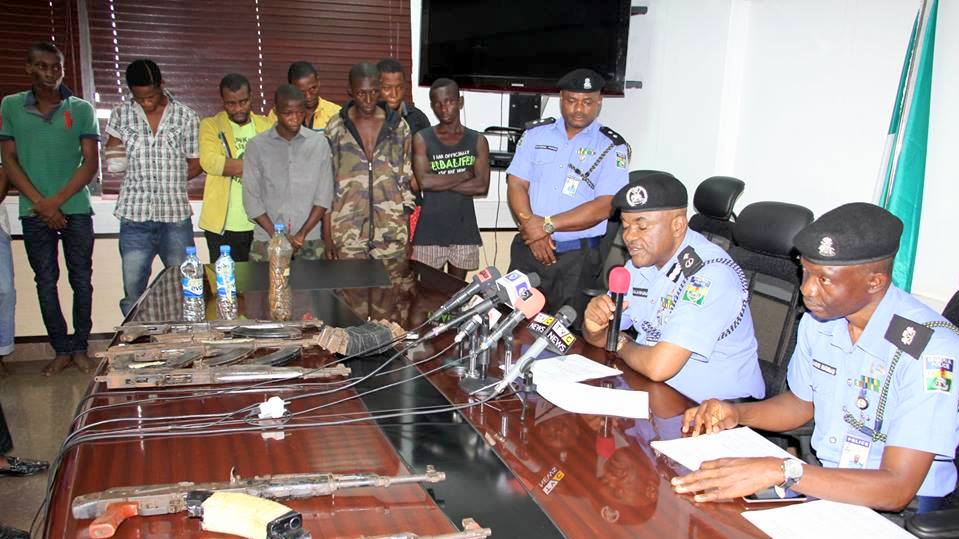 Nine men suspected to be responsible for series of kidnappings in Port Harcourt, Rivers State, have been arrested by the police.

The police, in a statement on Friday, gave the names of the arrested men as Daniel Gabriel, 33, said to be the gang leader, Alaso Igodo, 23, and Akeodi Aselemi, 34.

The statement, signed by the Force Public Relations Officer, Don Awunah, said the men were behind the recent abduction of some residents of GRA Phase II, Port Harcourt main town, Borikiri General Area and the YKC axis of Woji in the state.

One AK 47 riffle, four AK 47 magazines with 42 live ammunition, four face masks, and a green-colour Mazda Saloon car were recovered from the suspects, the police said.

The police said they have also arrested one Temmi Enormi, a wanted member of the busted gang which had kidnapped some residents of an Estate in Isheri area of Lagos State. The suspect, according to the police, was arrested in Lagos.

Ex-NSA Dasuki to be re-arraigned November 16