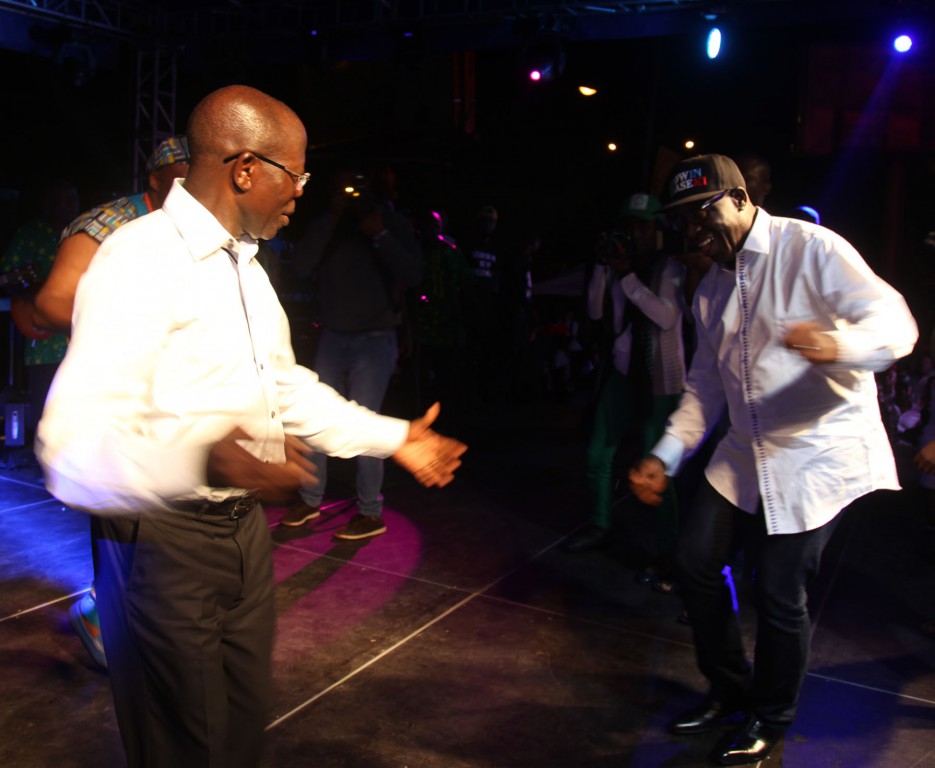 Benin City, the capital of Edo State, was last Saturday thrown into jubilation as faithful and supporters of the All Progressive Congress, APC, thronged the Oba Ovoramwen Square in the heart of the state capital to celebrate the victory of the party in the September 28 governorship election.

It was a night in which the Governor, Adams Oshiomhole, and the Governor-elect, Godwin Obaseki, showed their dancing skills to the admiration of all.

Both the governor and his incoming successor had, on Thursday, after the Independent National Electoral Commission, INEC, announced Godwin Obaseki as the winner of the election, held victory procession round the town, in what turned out to be a carnival of sorts.

The victory party held on Saturday, coinciding with Nigeria’s 56th Independence Anniversary, was in keeping with the tradition of the APC in the state which uses such occasions to thank the people for their support for the party.

Although both the Governor and the Governor-elect had shown their dancing skills during rallies and campaigns of the APC, new skills which were perhaps kept in the bag were unveiled at the victory party which charged the atmosphere.

With top artistes, including Timaya, Franchise, K-Cee, Patoranking, Osayomore, Young Bolivia, Akobayan, Maleke, Efex the Entertainer, Pikolo, A go Dye, Gordons, among others dishing out melodious songs and jokes to the admiration of the youths and not-so-young who filled the Oba Ovoranmwen square to capacity, the Governor led his incoming successor, the incoming Deputy Governor and their wives to the dance floor to show off his excitement on the victory of the APC.

After thrilling the audience with his skills, the Governor addressed the mammoth crowd and thanked them for always supporting the APC in the state.

“I am happy to be out of a job if the job is taken by Godwin. Always remember, Edo people are the greatest. We are the heartbeat of the Nigerian nation. And with Godwin Obaseki, the heart will beat even stronger.”

The victory party provided a suitable atmosphere for people to unwind, dance and enjoy themselves with good music and hilarious comedy provided by professional musicians and comedians.

APC Crisis: You can’t remove me on pages of newspaper, Oyegun tells Tinubu