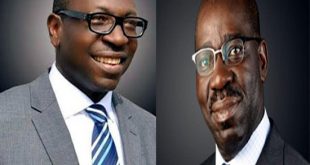 Mr. Aremu, in a press statement issued in Kaduna, said the decision had reinforced confidence in the ability of the commission to protect the sanctity of elections.

The labour chieftain said INEC’s resolve to defend its independence “is a practical demonstration of the fact that Change truly begins with INEC”, in line with the new national reorientation campaign.

“The sanctity of electoral calendar is the minimum requirement for free and fair election.

“ If the electorate trust that INEC keeps to its announced dates and times for polls, they have no cause to mistrust and doubt the integrity of its results,” Mr. Aremu said.

He canvassed support for security agencies to ensure that the plot to scuttle the polls by desperate elements fail.

“ Labour also called on all the contesting parties in the state to collaborate with the Independent Electoral commission for a free and fair poll.

“We hail the decisions of the police and DSS to raise the alarm about the threats posed by militants and insurgents adding that all must support the security agencies to nullify the threats of anti-democratic forces.” (NAN)

What Nigerians must do to get the change they want – Buhari