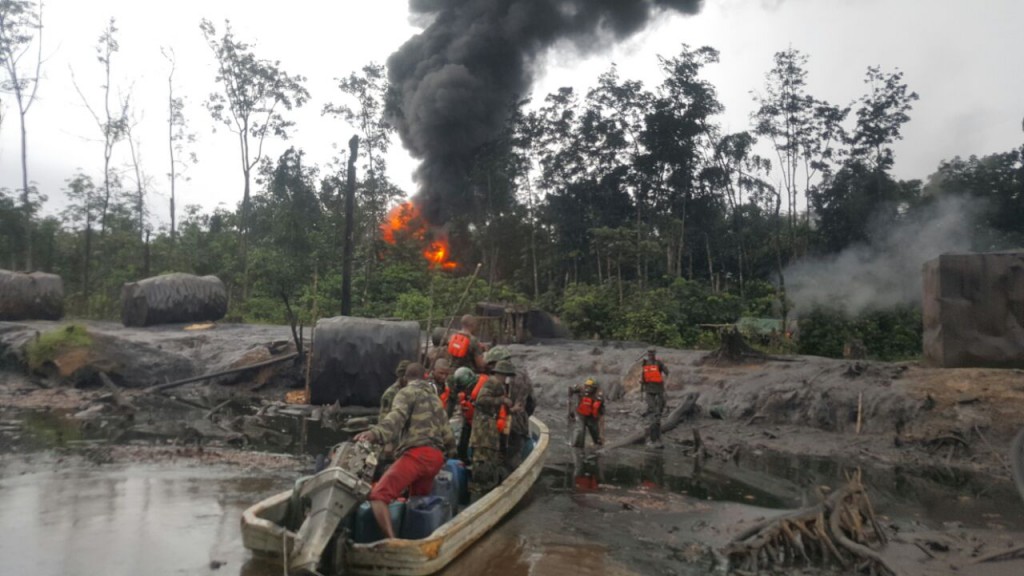 The troops who were boarding gunboats as well as speedboats also arrested some individuals with large quantity of substances believed to be illicit drugs.

The spokesman of the Nigerian Army, Sani Usman, said the operation, aimed at training soldiers on how to tackle crimes common to waterlogged terrains of the Niger Delta, was “so far a success”.

He said the soldiers on training were able to turn a simulation exercise into real situation by arresting and confiscating equipment that help oily crimes to thrive in the creeks.

“Similarly, the troops continued conducting the training exercise near Bomadi town, Bomadi Local Government Area and Pendo and Tuomu of Bururtu Local Government Area of Delta State respectively. Two suspects; Mr. Tokolo Sawyer and Miss Showman Ebi-ere were arrested at “Loveth Plaze”, while Mr Kingsley Ebidimo and 7 others with unidentified mission were equally arrested at Pendo as they were found to be in possession of substance believed to be Marijuana, 1 Axe, 2 Cutting Saw and a long iron bender in their hideouts. The suspects and exhibits have been handed over to the Nigeria Police at Bomadi.

“The troops have continued with their field training exercise, more so as they received 2 more supporting weapons, Main Battle Tank, 2 Mine-Resistant, Ambush Protected (MRAP) vehicles and 3 Scorpion Tanks from the Headquarters of Nigerian Armour Corps.

In addition, as part of the training exercise, the troops have been carrying out patrols along waterways in the creeks, in that process, they recovered 2 “Cotonou Boats” and a 75 Horse Power Speedboat, 30 X 200 Litres plastic drums containing liquid suspected to be illegally refined crude oil in the creeks at Ovwahwa in Ughelli South Local Government Area of Delta State in the afternoon of Sunday 28th August 2016. 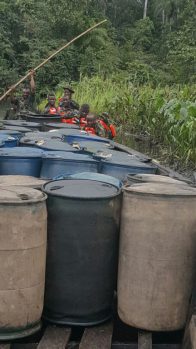 “At about 5.00pm same day, 2 Pumping Machines and sets of new pipes used for the construction of illegal refineries and siphoning were found in the bush. Two suspects were interrogated to ascertain their involvement on the recovered items. The troops have continued their training exercise without hitch.
In addition to the training exercise, troops are equally carrying out free medical outreaches at central area Sapele and near Olu of Warri’s in Warri.”

EDITORIAL: The Growing Menace of the Monsanto-induced Pro-GMO Lobby in Nigeria