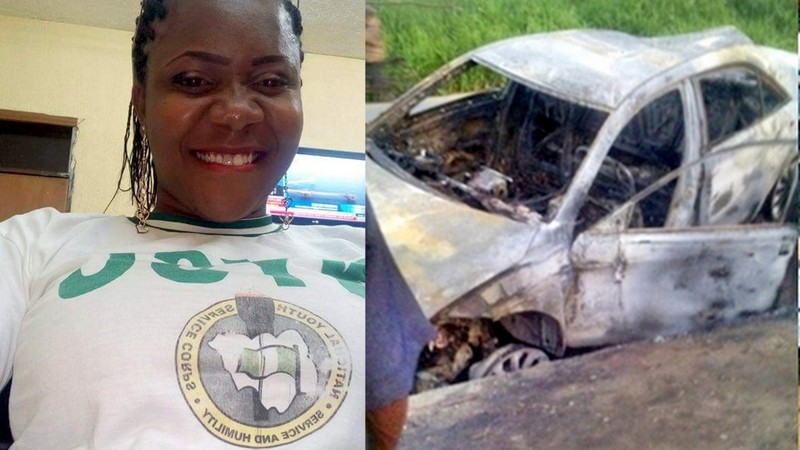 The Nigerian police have refuted social media report that a female corps member, Ngozi Onyekwere, was set ablaze and left to die by angry villagers in Akwa Ibom State, when the car she was traveling in hit a 10-year old boy walking home from school.

The fire that killed Ms Onyekwere, who was trapped inside the vehicle, a Toyota Camry car, was caused by the impact of the accident when the car crashed into a nearby gutter, the police said in a report released on Wednesday.

Ms. Onyekwere, 26, was doing her National Youth Service Corps (NYSC) in the Akwa Ibom Government House, Uyo, and was due to complete the national service two months before the unfortunate incident.

She was a graduate of accounting from the University of Port Harcourt, Rivers State.

The report, signed by Abayomi Shogunle, an assistant commissioner of police in charge of the Police Complaint Response Unit, said the driver, Ugochuchwu Eze, admitted that he lost control of the car.

Mr. Eze, who is a medical doctor and a corps member, was able to escape from the car, alongside another male passenger, before it went up in flames, the report said.

The report said both survivors and bystanders watched helplessly as the vehicle was burning, and that the victim was burnt beyond recognition before the fire service personnel and other emergency responders arrived.

“The victim was not set ablaze by a mob,” the police said. “The motive behind the continuous misinformation of the public by some individuals on the social media remains unclear.

“A full report on the incident based on eyewitness statements – two survivors who are friends of the deceased and independent witnesses – as well as cause of death as stated in the autopsy has since been shared with the family of late Ngozi and NYSC Akwa Ibom State.”

The police said the family of the late corps member and that of the school boy killed in the accident refused to press charges against the driver, Mr. Eze.