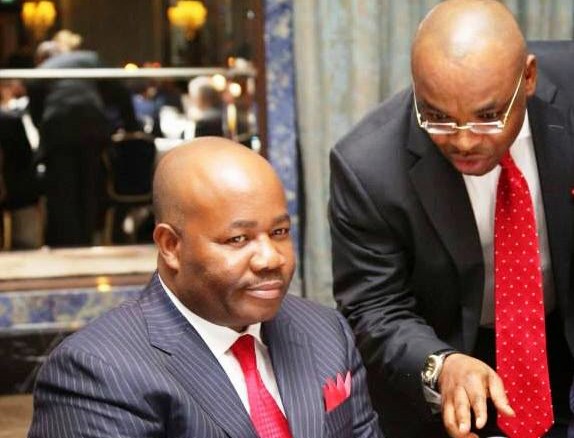 Justice Ntong Ntong of the Akwa Ibom State High Court, sitting in Ikot Ekpene, Akwa- Ibom State, on Friday vacated an order of interim injunction restraining the Economic and Financial Crimes Commission from investigating the accounts of Akwa Ibom State Government as well as some of the state’s past officials.

The court had on July 13 ruled in favour of an ex-parte motion filed before it by the Akwa Ibom State’s Attorney General and Commissioner for Justice, Uwemedimo Nwoko, seeking an order of interim injunction restraining the Federal Government or any of its agencies, including the EFCC, the Independent Corrupt Practices and Other Related Offences Commission (ICPC), and the Inspector General of Police from arresting, from detaining or investigating any official of the state government, past or present, without any report of indictment by the Akwa Ibom State House of Assembly.

An EFCC source said one of those being investigated is Godswill Akpabio, a former governor of the state, and minority leader of the Nigerian senate.

However, the EFCC, through a motion on notice, filed on August 2, 2016, approached the court to quash the injunction.

At the resumption of the matter on Friday, counsel to the EFCC, Ben Ubi, told the court of an application dated July 29, 2016 and filed on the August 2 asking the court to vacate the restraining order.

In response, the Attorney General of Akwa Ibom State, Mr. Nwoko argued that his seven days to respond to the application by the EFCC had not elapsed. Besides, he said he had filed a motion on notice for the enlargement of the lifespan of the interim injunction.

The legal fireworks initiated by the Akwa ibom State Attorney General and Commissioner for Justice, against the EFCC and other agencies were sparked by a petition received by the EFCC against some governors and officials of the past regimes in Akwa Ibom State.

The vacation of the restraining order on the EFCC has now paved ways for the commission to continue its work in that regard, the Head of Media and Publicity for the EFCC, Wilson Uwujaren, said in a statement on Friday