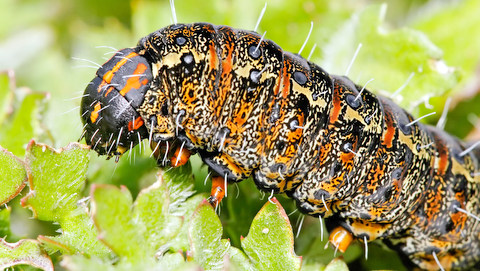 The agency said the caterpillars, popularly known as `Okiro insects’, ate up the cocoa leaves as well as infested the cocoa pods and other economic trees such as plums, bush mango, kolanuts, and avocado.

The Director-General of SEMA, John Inaku, explained in a statement made available to journalists in Calabar that the destruction began about a month ago in Okiro, Obudu Local Government Area of the state.

According to him, the caterpillar invasion has spread to Okweriseng, Ofambe and some neighbouring local government areas of Boki, Ogoja, Bekwarra, Obanliku and Ikom.

He said he had assessed the damage and that more than 2,000 farmers and their dependants affected by the scourge had been impoverished by the invasion.

Mr. Inaku said the government would initiate an intervention.

He also assured that SEMA would promptly communicate the development to the state governor, relevant disaster stakeholders, the National Emergency Management Agency and the Ministry of Agriculture and Rural Development.

He said the stakeholders would be expected to work out modalities to stop the spread of the marauding insects.

One of the victims, Ayine Ofre, who spoke on behalf of affected communities, said he lost several hectares of cocoa, pear, avocado, and yams to the insects.

He appealed to the government take active steps to assist affected farmers.

Another victim, Oliver Ebang, said the ravaging of the crops had caused him great economic losses amounting to millions of naira.

He said he could no longer fend for his family.

Roland Atsu, whose farm was also affected, said life would be difficult, because he had lost all his crops to the raiding caterpillars.

The farmers expressed fears that the insects would re-invade their farms if remedial measures were not taken by the authorities concerned.

Nigeria League Review: Pillars back in top-four after big win