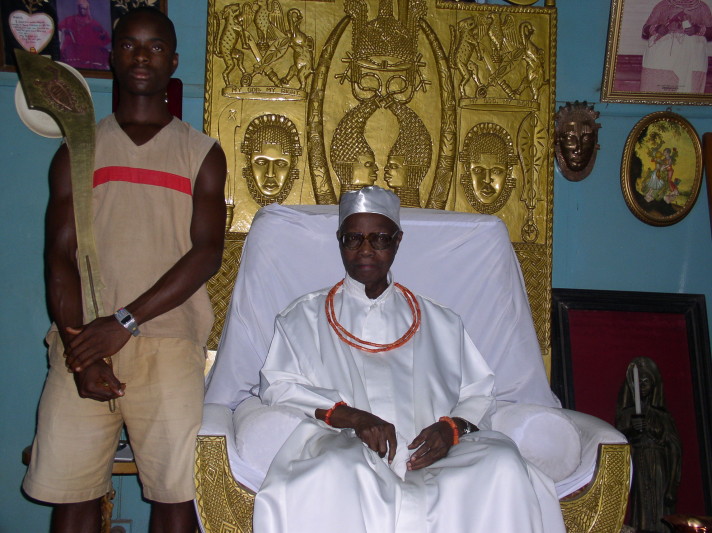 A statement by the Iyase of the Kingdom, Sam Igbe, relayed in local Benin language, and translated to the hundreds of palace chiefs, sons, daughters and journalists, said the traditional ruler had re-united with his ancestors.

The formal announcement followed the breaking of the White Chalk at the Urho-Ozolua shrine in the presence of palace high chiefs and others, a symbolic ritual to signify the demise.

The prime minister of the kingdom, Chief Igbe, as a sign of respect to the monarch, directed all markets to close till further notice.

He also directed the sons of the Kingdom to shave their heads while palace chiefs with multiple beads are to wear only one.

By the directive, at least 15 major markets across the seven local government councils that make up Benin Kingdom and Edo South District closed immediately.