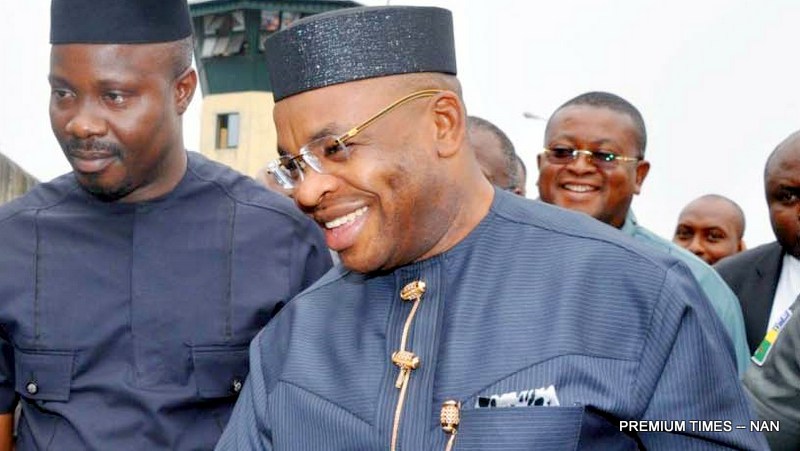 The All Progressives Congress in Akwa Ibom State has asked President Muhammadu Buhari to probe the Supreme Court judgment on the state’s governorship election.

The Supreme Court in its judgment on February 3 declared that Udom Emmanuel of the Peoples Democratic Party was validly elected as the governor of Akwa Ibom in the April 11, 2015 governorship election in the state.

The APC in Akwa Ibom State, still rattled by the Supreme Court judgment, described the judgment as “weird, arbitrary and an inexplicable endorsement of violence and electoral fraud that was procured by the use of state power and resources for evil ends”.

In a statement, Saturday, by the state chairman, Amadu Attai, the APC called on “President Muhammadu Buhari to probe the hearing of the Akwa Ibom State Governorship Election Appeal and the judgment by the Supreme Court.”

“We believe such enquiry is inevitable to address the possible consequences of the Supreme Court judgment which is bound to encourage resort to self help, violence and all forms of illegality and barbarity in the quest for power.”

Besides the violence it said took place across the state during the Akwa Ibom governorship election, the APC said it had tendered enough evidence before the tribunal to prove that there was no election in the state.

“Nothing highlights the fraudulent nature of the Akwa Ibom governorship election and nothing better establishes the perversity of the Supreme Court judgment than the fact that Udom Emmanuel who was declared winner of the election had no explanation as to how 437, 128 accredited voters by Card Readers or 448, 307 accredited voters by Voter’s Register could validly produce 1, 122, 836 votes purportedly cast in the election, 996,071 of which were declared for Udom Emmanuel,” the state chairman of the party, Mr. Attai, said in the statement.

“These were findings from certified true copies of INEC documents, which were upheld by the Court of Appeal.

“The case of over-voting and other irregularities were painstakingly established in 27 local government areas out of 31, with 2,982 polling units.

“In his pleadings, Udom Emmanuel had said he would tender incident forms to account for the differentials. They were never tendered, even though the incident forms were taken to Abuja from Uyo, because they were filled several weeks after the election and therefore could not be signed by the designated INEC staff.”

Mr. Attai continued, “The case of the signing of result sheets in many wards by one person was also well established. In Mkpat Enin Local Government Area for instance, one Barr Jerry Akpan signed the result sheets in all the 14 wards of the local government area.

“As soon as the Justices of the Supreme Court retired to their chamber to consider their judgment, the Senate minority leader, Senator Godswill Akpabio, arrived obviously on cue by 8 p.m. with a large contingent of praise singers, and proceeded to address PDP supporters within the court premises, telling them that it was all over,” Mr. Attai said in the statement.

“With the shout of his supporters renting the air, Akpabio caused quite a stir as he swept into the courtroom, breaking all protocols in a frenzy of banters with PDP and Udom Emmanuel’s lawyers whom he equally assured, “It is all over.”

The Akwa Ibom election tribunal which first looked into the disputed poll had nullified the election of Mr. Emmanuel in 18 out the 31 local government areas in the state. The case was later brought before the Court of Appeal, Abuja, which went further to nullify the whole governorship election in the state.

Both PDP and APC in Akwa Ibom state were preparing for a possible fresh election before the Supreme Court set aside the judgments of the lower court and the Court of Appeal, and decided the case in favour of Governor Udom Emmanuel.

The APC governorship candidate in Akwa Ibom state, Umana Umana, had earlier said that the Supreme Court judgment “calls for very serious soul-searching by our nation”.