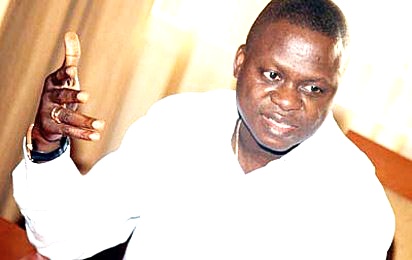 A former chairman of the Niger Delta Development Commission (NDDC), Timi Alaibe, has debunked claims that the immediate past chairman of the Peoples Democratic Party (PDP) in Bayelsa State, Sam Inokoba, slumped and died in his Lagos home.

Mr. Inokoba, a retired army colonel, who defected to the All Progressives Congress (APC) two weeks ago, died in Lagos on Wednesday.

Media reports said the 68-year-old former PDP chief, who recently joined the governorship race in Bayelsa State, slumped and died in Mr. Alaibe’s home, following heated arguments with his host over the issue of their governorship ambitions.

It was also alleged that the former NDDC chief had offered the deceased N200 million to step down for him.

The incident has generated tension in the state even as some residents accused the PDP of being behind Mr. Inokoba’s death.

In a statement by his aide, Nwokoma Ndu, on Wednesday, Mr. Alaibe described the allegations as “baseless, malicious and wicked”.

The statement said the former NDDC chief had been in Abuja and could not have been responsible for Mr. Inokoba’s death.

It accused the PDP-led state government of being behind the allegation against Mr. Alaibe.

“How can somebody who has been in Abuja all week suddenly appear in Lagos for a ghost meeting?” the statement asked.

“It is evident from the hate stories emanating from the pro-PDP media in the state that they want to look for every opportunity to nail Mr. Alaibe due to their fear that he will beat the governor in the December elections if he gets the APC nomination,” he said.

The statement recounted that the PDP had before now accused Mr. Alaibe of using President Muhammadu Buhari’s name to raise money to prosecute his governorship ambition.

“How can a man they described as broke suddenly be offering huge money? How far will they go in their bid to bring down the personality of Timi Alaibe?” the statement said.

It warned Nigerians, especially indigenes and residents of the state “to be wary of such wicked propaganda from the Bayelsa State government which is born out of mischief.”

The statement said no matter the blackmail, Mr. Alaibe, who is also a former presidential adviser on Niger Delta Matters, would clinch the APC nomination and that he would go ahead to defeat Governor Henry Dickson.

Meanwhile, a former governor of the state, Timipre Sylva, has described the late Mr. Inokoba as a great community leader and an intelligent politician whose contributions to society would be missed by the people of Bayelsa and, indeed, Nigeria.

In a statement issued in Abuja by his media aide, Doifie Buokoribo, Mr. Sylva said Wednesday’s death of Inokoba had left a vacuum that would be impossible to fill.

“The news of the death of Col. Sam Inokoba (rtd) was a terrible shock to me, my family, and the entire All Progressives Congress family both in Bayelsa State and Nigeria, in general. We share the grief of his family and friends,” Mr. Sylva, who is also the state’s APC leader, stated.

“Inokoba was not only close to me, personally, but as a new convert to the current change agenda in Bayelsa State. We shared dreams of a better state, thoughts about the challenges ahead, and regrets about the condition of things in our state. He leaves a vacuum that can never be filled. His intellect, political sagacity, insight, and passion for the state, the Ijaw nation, and Nigeria, generally, were wonderful qualities that we cherished.

“Inokoba was a true leader, a successful family man, and a great community leader, and a retired soldier. Our thoughts are with the bereaved family in this time of grief. Inokoba will be missed by all of us.”

The former governor, however, said that the people of Bayelsa State will take solace in the political and communal legacies left by Mr. Inokoba.

“We know that the memory of Inokoba will serve as an inspiration to all Bayelsans that knew him,” Mr. Sylva added.