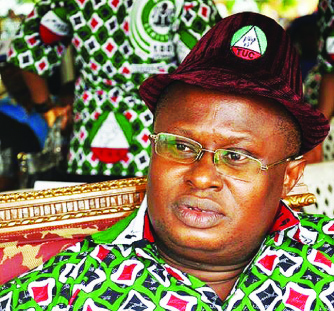 The Rivers State Council of the Trade Union Congress of Nigeria on Friday welcomed the newly appointed State Commissioner of Police, Chris Ezike, with a 14-day ultimatum to improve security of lives and properties in the state.

The ultimatum was contained in a congratulatory message by the Chairman of the State Congress, Hyginus Onuegbu, and Secretary, Jonas Okere.

“As you are aware, Rivers State is the treasure base of the nation and the centre of oil and gas operation in Nigeria,” the TUC said. “Unfortunately, the spate of criminality: namely kidnapping; armed robbery; Oil theft and Pipeline vandalism; and wanton destruction of lives and property has reached an unprecedented level in the state.

“Many workers and residents of the State have been kidnapped, killed, attacked and maimed with impunity in recent times without any effective action by the security agents to curb this ugly trend. The situation is so bad that many of my members now live in fear and are actively seeking for transfers out of Rivers State,” the TUC added.

The Congress also drew the attention of the new police boss to the “worrisome and unwarranted attacks on the secretariat and leadership of labour unions in Rivers state” that he must address decisively.

“Congress hereby notifies you that if by 14 days from the date of this letter, we do not see any significant reduction in the aforementioned criminal activities in Rivers State, we shall call an emergency State Council meeting, and where the Council so approves, withdraw our members from work in self-defence, pending when we consider it safe for them to go/return back to work,” the TUC warned.

The Congress urged the new police Commissioner to give serious attention to their demands in the interest of the people and workers of Rivers State who, they said, depend on the State Police Command for the protection of their lives and property as they go about their lawful businesses.

While welcoming Mr. Ezike, and congratulating him on his assumption of office, the Congress pledged its readiness to collaborate with him towards the improvement in the security of lives and property in the state.

The new Commissioner was redeployed to the state on Tuesday by the Inspector General of Police, Solomon Arase.