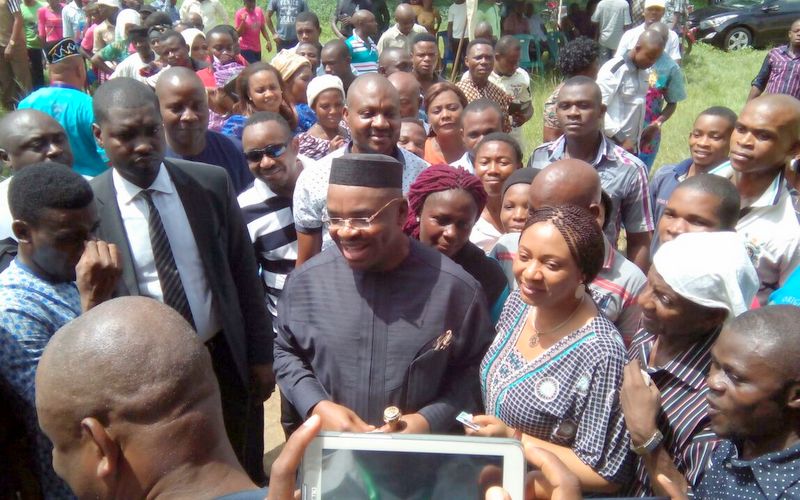 The Akwa Ibom State Governorship Election Tribunal has struck out the petition by the former candidate of Labour Party, Helen Esuene, seeking to nullify the election of the state governor, Udom Emmanuel.

The Chairman of the Tribunal, A. S. Umar, while striking out the petition at the weekend at the High Court of the Federal Capital Territory, Abuja, held that it was incompetent.

The counsel to the governor of the state, Paul Usoro, had challenged Mrs. Esuene’s petition on grounds that exhibit “A”, filed before the tribunal was not authentic.

Exhibit “A” is a certified true copy of the signature page on the election petition.

Mr. Usoro argued that the document attached to Mrs. Esuene’s counter affidavit to the petition is not a certified true copy having failed to satisfy the requirements of Sections 104 and 105 of the Evidence Act.

The legal practitioner also insisted that the petition, as filed in the record of the tribunal, did not disclose the signatory thereof as none of the names of counsel listed was ticked to indicate who signed the petition.

He, therefore, averred that any attempt by the tribunal to carry out an investigation to discover the signatory will amount to converting the tribunal into a forensic laboratory.

Mr. Usoro concluded that the petitioner failed to comply with the provisions of paragraph 4(3) of the First Schedule of the Electoral Act.

The judges in the tribunal unanimously agreed with Mr. Usoro on all the grounds and therefore struck out Mrs. Esuene’s petition.

Meanwhile, the case between the former governor of the state, now Senator, Godswill Akpabio, and his contender, Inibehe Okori, has been fixed for July 2.