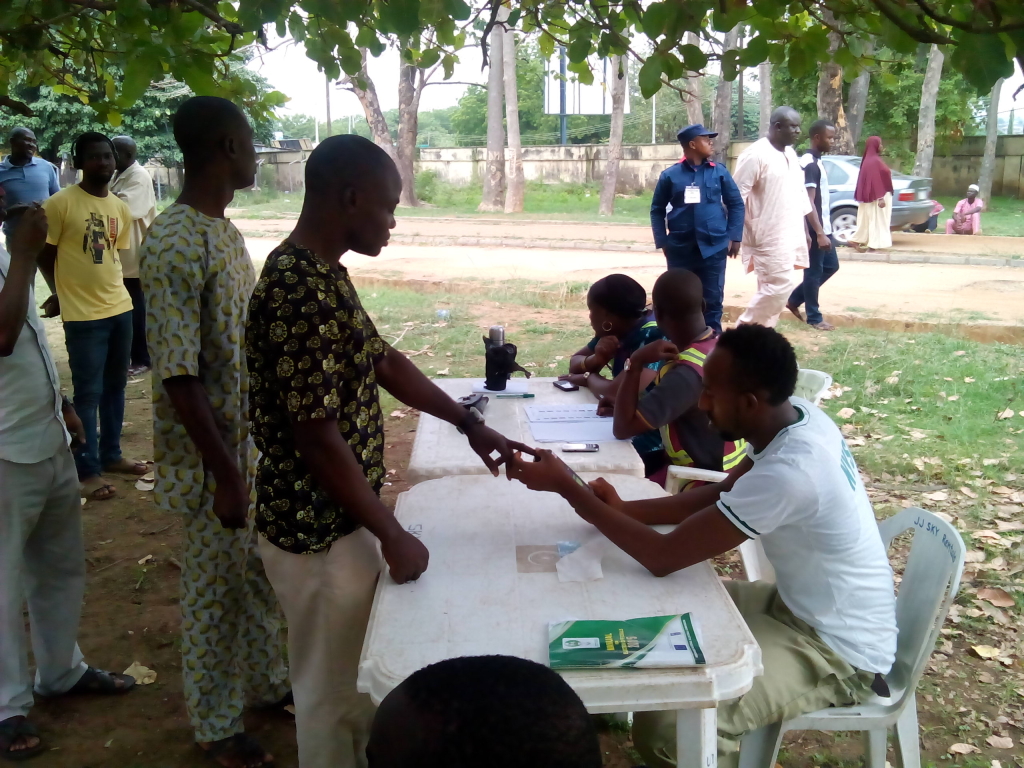 Voters used to illustrate the story

Amid allegations of threats to security, the Akwa Ibom Governorship Elections Petitions Tribunal would, henceforth, relocate from Uyo, the state’s capital, to Abuja to continue its sittings.

The decision to move the tribunal followed Friday’s approval of an All Progressives Congress’ request by the President of the Court of Appeal of the request.

Following the April 11, 2015 elections, the APC had rejected the result declared by the Independent National Electoral Commission, which proclaimed the candidate of the Peoples Democratic Party, Udom Emmanuel, winner.

In its petition, the APC had alleged, among other things, that the election was marred by widespread electoral malpractices, disenfranchisement of its supporters and a declaration of votes for the PDP in virtual violation of INEC provisions that required that all votes cast be duly accredited.

Since the tribunal commenced sitting on the petition, the APC has continued to cry foul that both the INEC and PDP in the state have consistently frustrated their attempt to pursue justice.

A member of the party’s legal team, Victor Iyanam, had a fortnight ago accused the State Electoral Commissioner, Austin Okojie, of consistently refusing to cooperate with the APC to conduct forensic examination of materials and documents used in conducting the April 11 elections.

Mr. Iyanam said Mr. Okojie had deliberately made himself unavailable in his office since the tribunal granted the APC permission to examine the materials.

The electoral commissioner, however, denied the accusation, saying the only disagreement was whether to allow the party go straight to scan the documents, or sort out and count the documents before scanning.

But, another member of the APC legal team, Leo Ekpenyong, told PREMIUM TIMES in Abuja on Tuesday that it was clear the party has not been granted unfettered access to all the materials and documents required to prove its case.

Mr. Ekpenyong said the APC’s lead counsel, Wole Olanipekun, sought the relocation of the petition from Uyo, because of threats of insecurity and also to guarantee the expeditious dispensation of justice.

“Since the tribunal gave the order, the former Attorney General of Akwa Ibom state, Uwemedimo Nwoko, has continued to hire cultists and thugs to pervert the course of justice by directing them to prevent the party from accessing INEC headquarters in the state,” Mr. Ekpenyong said.

“Besides, the state government has also been hiring hoodlums and irate youths sympathetic to the PDP to invade the court premises to disrupt the tribunal sittings. That is why the President of the Court of Appeal in his wisdom agreed to the request by the APC that for security reasons the tribunal be relocated to Abuja,” he explained.

What PDP and the INEC Commissioner in Akwa Ibom are doing, Mr. Ekpenyong said, was calculated to buy time and frustrate the APC from getting justice, saying justice must not only be done, but must be seen to have been manifestly done.

He said the essence of APC’s request for the relocation of the tribunal to Abuja was to create a level playing field and a balanced opportunity for all to canvass and prove their cases.

“International and local observers had described what happened in Akwa Ibom and Rivers states as a caricature of elections. But, the APC has also accused the State INEC Commissioner of colluding with the PDP and the state government to rob the APC of its victory during the election.

“When the PDP is making it difficult for the APC to prove its case, they are setting a stage for miscarriage of justice and anarchy,” he said.

Mr. Ekpenyong said the APC has already petitioned the Nigerian Bar Association to sanction Uwemedimo Nwoko for obstructing the course of justice, while a similar demand has been made to the Federal Government for the sack and prosecution of Austin Okojie for his role during the election.

“At the end of the petition, the APC would prove that INEC’s verdict in Akwa Ibom governorship election was founded not only on error, but falsehood fuelled by Mr. Okojie. He collected huge bribe to announce the PDP winner. If he is allowed to go scot free, it would be encouraging others like him to do the same,” he stated.