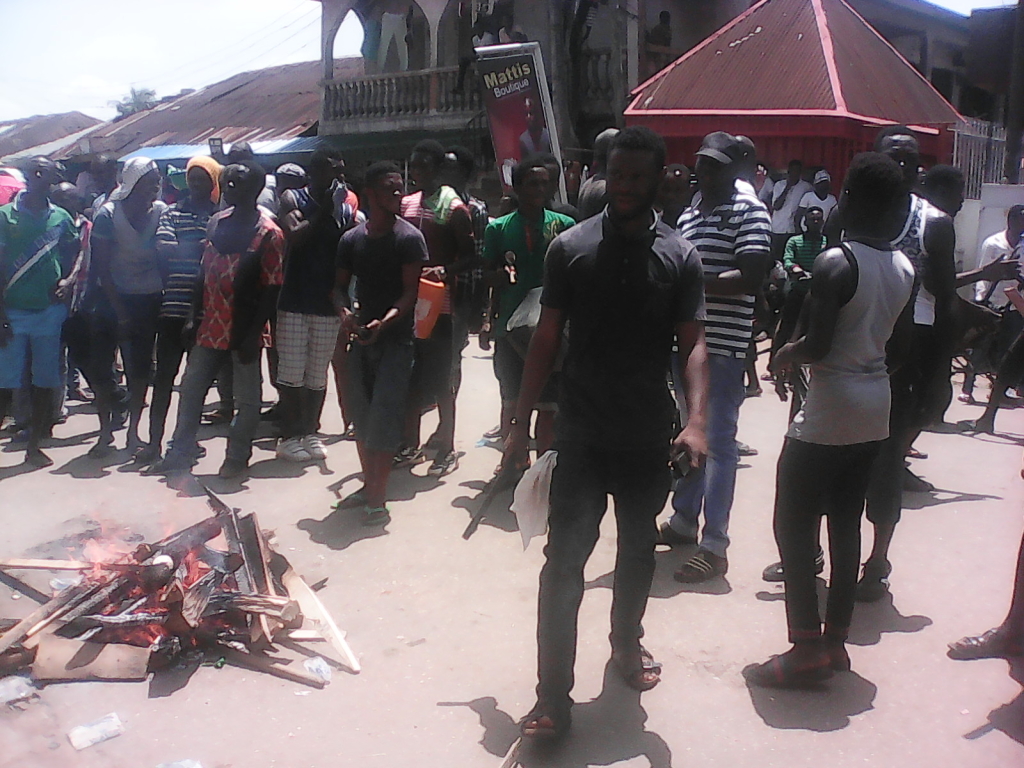 Some residents of Benin City, Edo state, on Monday protested against what they described as the evil actions of the Benin Electricity Distribution Company.

The protesters chanted songs, blocked all routes of the company and set up a bonfire.

The people, mostly residents from Ekenwa Road, for several hours, held staff and customers hostage at the company’s premises.

They said despite repeated pleas to the distribution company over the non-availability of electricity for over nine months, the company has remained blind and deaf to their plight.

A leader of the group, Idowu Ogiamien, said they had to resort to the protest after exhausting all possible options including several letters.

“We are tired of the way this people have been treating us,” he said. “For over nine months now, we have been living in darkness, yet they come around every month to collect bills from us, as well as charging us extra N700 per phase, apart from the bill. We have written to them up to three times they keep promising us that something will be done about it, yet nothing has been done up till now.”

At a point the protest almost turned violent but for the presence of the military men guarding the premises and the intervention of police personnel from the Oba market division.

The protesters blocked every entry and exit points of the distribution company’s premises located along the busy Akpapava Road.

Several attempts to speak to the spokesperson of the company proved abortive as he bluntly declined to speak with journalists.

However, one of the representatives of the group, who went in to negotiate on behalf of the residents, said the management has promised to find a lasting solution to the problem within the next three days.

The affected areas, according to the protesters, include Goodwill, Erediawa, Trade fair etc.