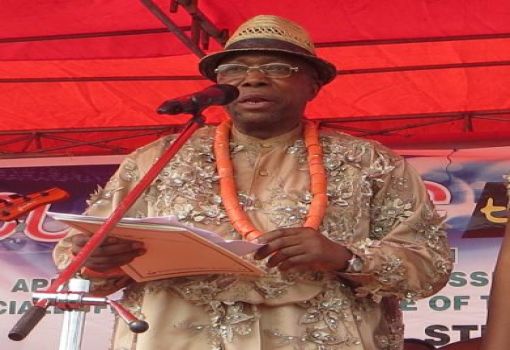 The Minister, Niger Delta Affairs, Steve Oru, has said the outstanding liabilities on the capital projects of his ministry have hit N41.7 billion.

The minister said this on Thursday in Abuja.

Mr. Oru said that the liabilities were recorded due to the shortfall in funding.

He said that with the provision of the “very low and unrealistic capital ceiling of N6 billion for 2015, about 90 per cent of the Ministry’ s on-going capital projects are not funded.”

He stressed the need for adequate funding of the ministry to ensure the completion of its projects.

The minister also said that there was the need to ensure that the ministry’s programmes, including organising trainings for youth and women of the region, did not derail.

He said the housing projects and skills acquisition centres at various stages of completion would have to be halted, if there was no funding for them; same for all environmental protection projects.

The Niger Delta Housing Scheme constructed by the Federal Government to compensate displaced indigenes is 51 per cent completed.

The ministry, since its inception, has empowered 1,063 non-militant youths in the region in various skills.