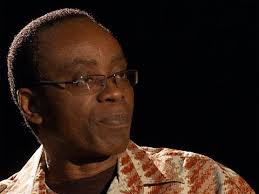 According to HOMEF, the dialogues were aimed at raising awareness and seeking community driven solutions to existing environmental challenges.

Representatives from communities in Erema, Egi and Goi communities in Rivers, participated in the sessions tagged, Community Dialogues, which ended on Thursday.

Speaking at the opening ceremony at Erema Community, Nnimmo Bassey, Director, HOMEF, noted that the dialogues were planned for community members to review environmental situations of their communities.

He said that HOMEF planned to take the community dialogues to other oil-producing communities across the Niger Delta region.

The interactions, according to him, would also identify needed areas of action to preserve and defend the common heritage of the people of the region.

“As we approach the rescheduled 2015 elections, the thing that matters most to us, our environment, has been pushed to the backseat by the political players. These political players are concerned with how to grab our votes without telling us what they would do with the very thing that supports our lives and livelihoods. The parties proclaim transformation and/or change. We have seen change. We are living in change.

“Our waters have been changed into polluted and heavily toxic soups. Our air hangs heavy with noxious fumes. Frantz Fanon famously said: “We revolt simply because, for many reasons, we can no longer breathe.” The truth is that we have got to the point where we can hardly breathe.”

Also speaking, Che Ibegwura, a labour activist and community leader in Erema, urged the people to improve their natural habitat which remained their source of life.

He expressed regret that the violent activities against the environment had continued unabated for decades.

The community leader said that this had resulted in poor yields from farm lands and declining quality of life in oil-bearing communities.

In his speech, Aaron Fyneface, a resident in the community, commended HOMEF for building the capacity of the people to protect its environmental assets.

He urged the people to apply the knowledge acquired from the sessions in ecological monitoring and defense for the well being of the community.