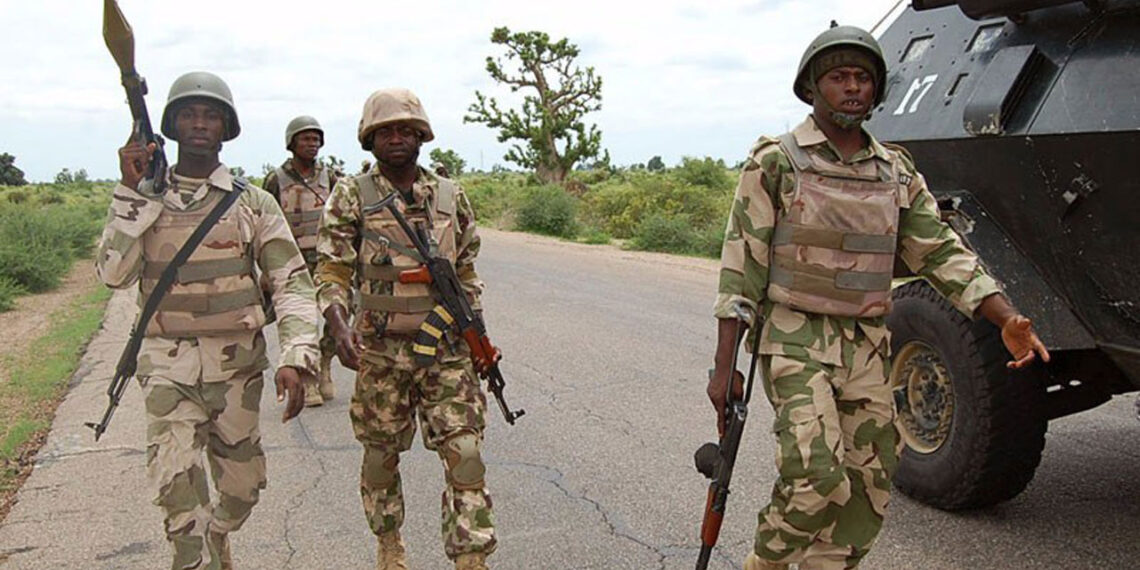 The troops also recovered firearms, one explosive device and eleven motorcycles from the terrorists.

The troops also recovered three firearms, one explosive, and 11 motorcycles from the terrorists, a statement signed by the state’s Commissioner for Internal Security and Home Affairs, Samuel Aruwan, stated.

Mr Aruwan said the exploit of the troops was reported to the state government through operational feedback from the security agencies.

“The troops responded to a distress call along the Udawa-Manini axis of the Birnin Gwari-Kaduna Road. The troops arrived to foil the attack, rescuing 15 persons in the process. Some of the rescued persons who sustained injuries were rushed to hospital for treatment.

“Contact was made with the bandits, and following a firefight, one bandit was neutralized. 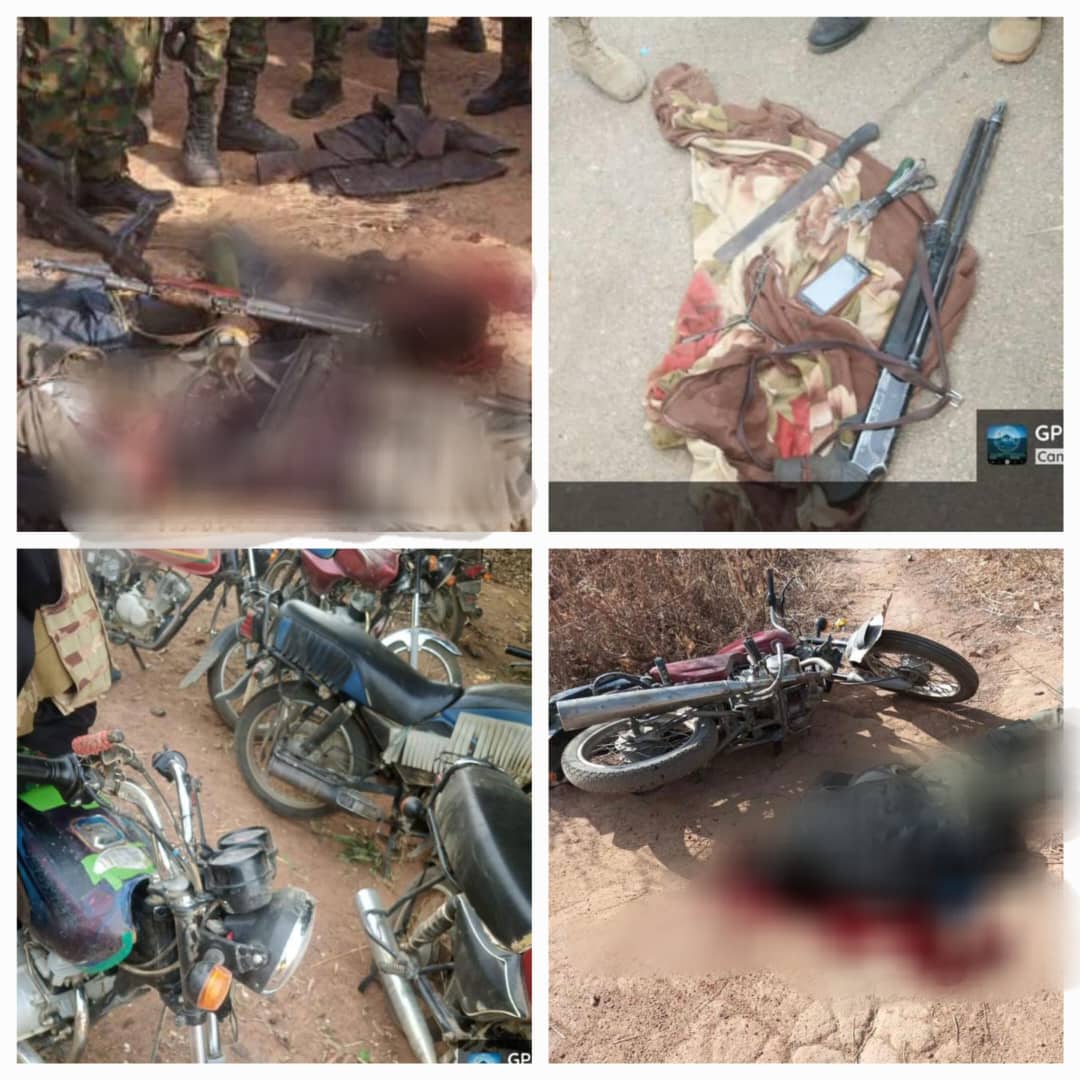 “A kidnapped victim was rescued, though injured by the bandits, and was rushed to the Jaji Cantonment Hospital for treatment. One motorcycle was recovered.

“Furthermore, in response to credible intelligence of bandits’ movement around an interstate boundary area, troops of Operation Forest Sanity set up ambush positions around Mangoro general area around Chikun-Birnin Gwari LGA, on the boundary with Shiroro local government area of neighbouring Niger State.

“The troops engaged the approaching bandits and neutralized two. The troops also recovered one AK47 rifle, one pump action gun, one Improvised Explosive Device, one Baofeng Radio, and 10 motorcycles,” the official statement said.

Meanwhile, Mr Aruwan said Governor Nasir El-Rufai received the reports with gratitude and expressed satisfaction at the breakthroughs recorded by the security forces.

“The governor commended the troops for the successful rescues and prayed for the quick recovery of injured victims,” Mr Aruwan added.