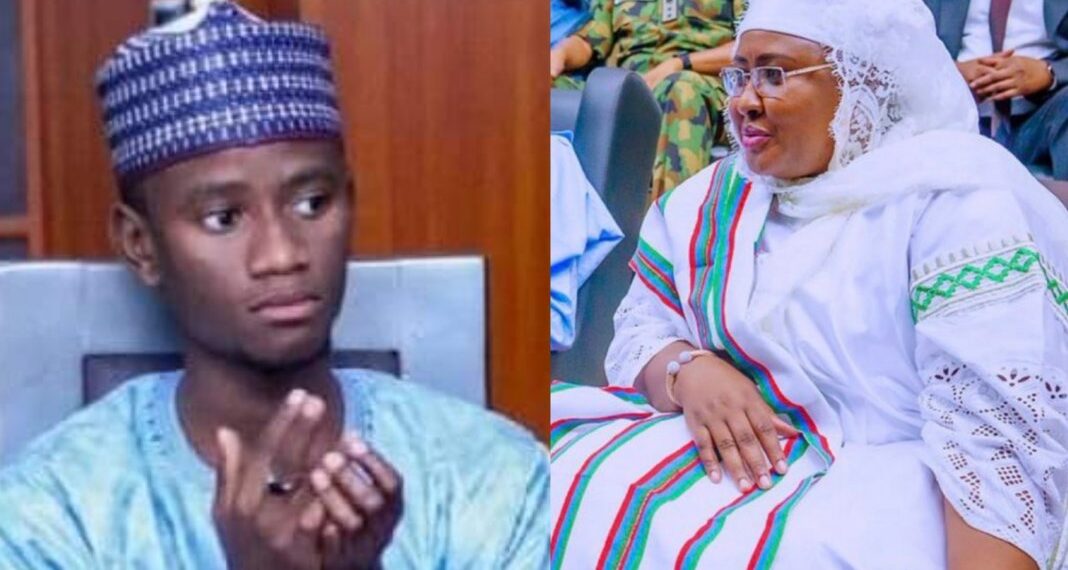 The student, Aminu Adamu and the wife of the Nigerian President, Aisha Buhari

The court will consider the student’s bail application at its next sitting.

Aminu Adamu, a student of the Federal University, Dutse, who was arrested for trolling the wife of the Nigerian President, Aisha Buhari, on Twitter, has been remanded in the Suleja correctional facility in Niger State.

He was remanded on Tuesday after he was charged to court by the police, according to his lawyer, C.K Agu.

Mr Adamu, a final year student, tweeted a photo of Mrs Buhari with a caption in Hausa which translates to: “Mama is feeding fat on poor people’s money.”

The tweet was posted on 9 June but Mr Adamu was arrested earlier this month when the tweet went viral.

Mr Agu told BBC Hausa Service that the student was charged to a court in Abuja but he pleaded not guilty to the charges.

The lawyer said they have made several efforts since 25, November to get the student released on bail but to no avail.

“Even in the court session yesterday, we notified the judge about the efforts made to have him released on bail, but we did not receive any reply from the police.

“We applied to the court to release the student on bail on health grounds and the fact that he will sit for the exam on 5, December. The court has ordered the police to provide the bail application before it for consideration between Tuesday and Wednesday,” Mr Agu said.

Mr Agu said the court will consider the bail application on Wednesday.

On Tuesday, the National Association of Nigerian Students (NANS) North-west chapter, issued a two-day ultimatum to Mrs Buhari to ‘release’ the student unconditionally.

NPA: You are offside!, By Soji Apampa

Sultan, Atiku, Shettima in Dutse as emir is laid to rest