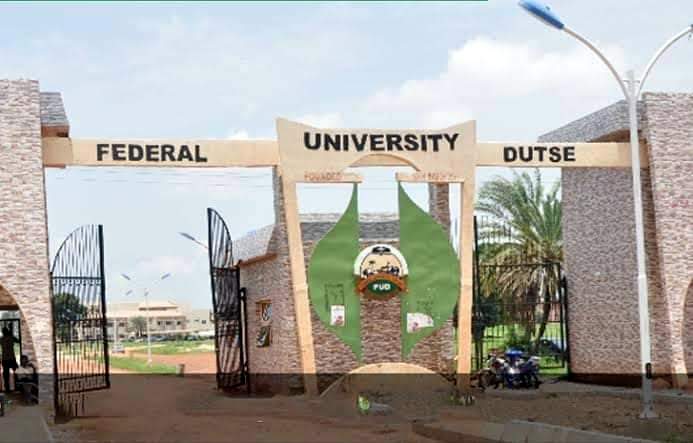 The police in Jigawa said they did not carry out the arrest.

The management of the Federal University Dutse (FUD), Jigawa State, has confirmed the arrest of one of its students, Aminu Adamu, following a Twitter comment against the wife of the Nigerian President, Aisha Buhari.

On 9 June 2022, the student, Aminu Ádámù, tweeted a photo of Mrs Buhari with a caption in Hausa which translates to: “Mama is feeding fat on poor people’s money. ”

“He did the posting in his capacity as Aminu Adamu, not as a student of FUD.

“He was trailed to Dutse where he was arrested.

“The university authorities have spoken to the parent who has already engaged the services of a lawyer to handle the matter and they are hopeful for an amicable resolution soon,” the university said in a statement on Monday.

Mr Aminu from Azare, Bauchi State, is a final year student at the Department of Environmental Management of the university.

He was said to have been arrested by the secret police, SSS, which has since kept mum about the arrest despite criticisms by Nigerians.

READ ALSO: How I could have scuttled PDP presidential primary – Wike

The SSS reports directly to the Nigerian president and has in the past been accused of human rights violations including illegal detention of citizens.

Meanwhile, the police in Jigawa said they are not aware of the arrest.

The spokesperson, Lawan Adam, said any arrest by police officers out of the Jigawa command must be communicated to the police in Jigawa before it will take effect.

He said for this particular incident, the command is yet to be informed of any arrest by the police outside the state.

Sultan, Atiku, Shettima in Dutse as emir is laid to rest