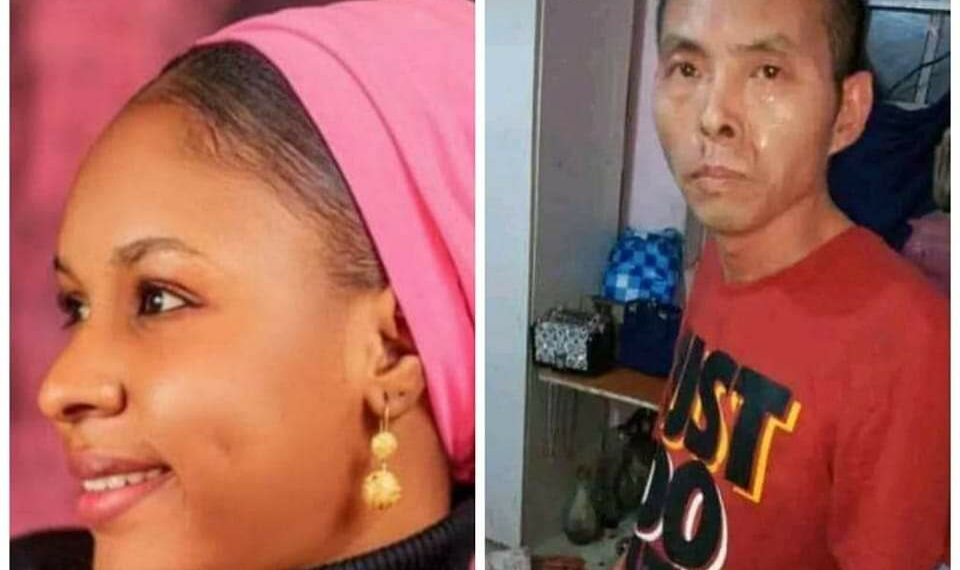 Chinese man kills Nigerian girlfriend for refusing to marry him

The mother said her daughter intended to marry the Chinese man until her uncles dissuaded her.

The mother of Ummakulsum Buhari, the 23-year-old lady who was killed on Friday by her Chinese lover in Kano State has narrated how her daughter was stabbed to death.

PREMIUM TIMES reported how the incident happened at Janbulo Quarters in the Kano metropolis. The deceased was buried Saturday morning according to Islamic rites.

The bereaved mother, Lami Shu’aibu, said her daughter met and exchanged contacts with her Chinese lover during an outing at a Shoprite on Zoo Road, Kano.

The mother said they dated for a while before her daughter married a Nigerian suitor, who later divorced her.

After she separated from her ex-husband, the Chinese, Geng Quandong, 47, continued wooing her.

“He used to come to our house, but she keep resisting him but it seems he turns deaf ears even when we chase him out,” the mother said.

“I once attempted to call the police I was advised by my children not to take it to the public until the unfortunate incident happened,” the mother said.

“He came to our house on Friday at around 9:30 p.m. when it was raining and stabbed her to death. He went straight to her room because he knows where the room is because he used to come to the house,” the mother said.

“She was my daughter, he always comes around wanting to see her and she has been refusing. This time around when he came, he knocked on the door repeatedly, I opened the door, he wandered in aggressively while pushing me aside, and got in and started stabbing her with a knife.

“I shouted and raised the alarm, a neighbour came to our rescue rushing her to the hospital, unfortunately, she gave up the ghost before arriving at the hospital.

“It happened around 9.30 p.m. We were at home with her younger sisters, her male brother (sic) was out and my husband is dead.

“He was later handed over to the police,” she said.

She said the deceased Umulkulsum was her eldest daughter.

She said her daughter intended to marry the Chinese man until her uncles dissuaded her.

“She told the Chinese man that she was going to marry him, but because her paternal uncles saw issues coming, they refused and I agreed with them,” the mother narrated.