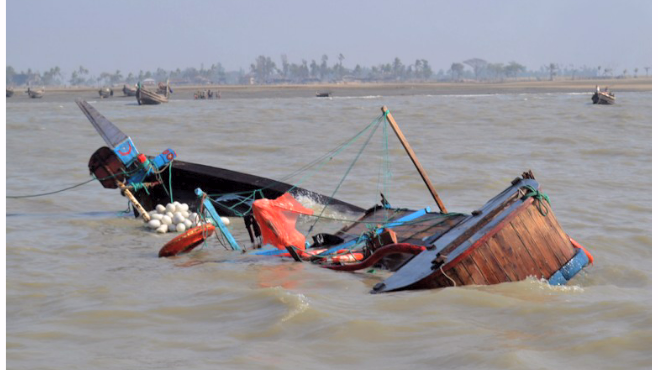 Five people died in a boat accident that happened in the Gwaram Local Government Area of Jigawa State, the police have said.

The incident occured less than one week after a similar one in Miga Local Government Area led to the death of two teenagers who were returning from the farm.

Boat taxies in Jigawa, like many parts of Nigeria, are not preperly regulated and seldom have life jackets or other safety equipment.

The police spokesperson in the state, Lawan Adam, in a statement, said the latest victims were returning from the Friday weekly congregational prayer when the accident happened on Friday.

“It was on Friday, 2nd September 2022, at about 7:00 pm, a locally made canoe conveying nine (9) passengers was reported to have capsized.

“The incident happened at Martaba village Gwaram LGA of Jigawa State, while the passengers were returning home after attending Jumu’ah prayer.

“On receipt of the report, a team of policemen were rushed to the scene.

“Four of the passengers; one Barkeji, 60, and three others all of Martaba village were rescued alive.

“With the aid of local divers, Five Corpses were recovered. They are only identified as; Lukateru, 60, Musa, 50, Sale, 50, Shuaibu, 60, and Dogo, 50, all of Darazau Herdsmen settlement camp in Bauchi State.

“Corpses were released to their relatives for burial,” the police said.

The Commissioner of Police, Jigawa State Police Command, Aliyu Tafida, condoled with the family and relatives. He also prayed for the departed souls to have eternal peace, the statement added.