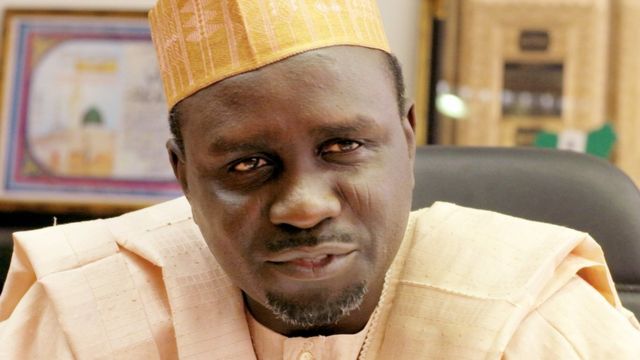 2023: How Kwankwaso betrayed us – Shekarau

A former Governor of Kano State, Ibrahim Shekarau, says his group is angry with the New Nigeria People’s Party (NNPP) for refusing to implement the terms of an agreement it reached with the group before its defection to the party.

Mr Shekarau, who is the sitting senator for Kano Central District, accused the presidential candidate of the NNPP, Rabiu Kwankwaso, of betraying the trust of his group members following their defection to the party in May.

Mr Kwankwaso in an earlier interview with BBC Hausa Service had said the party was unable to meet Mr Shekarau’s demand because his group came into the party late when the window of substitution of candidates given by the electoral commission (INEC) had closed.

Mr Kwankwaso said in the interview, “in politics, it’s a difficult decision to ask a politician to step down for someone”.

On Monday, Mr Shekarau told his supporters that the NNPP has betrayed them as he submitted their demands to Mr Kwankwaso over three months before INEC closed the window of substitution of candidates.

Mr Shekarau said Mr Kwankwaso constituted a committee on 16 May and gave the committee three days to submit a report on the demands but the committee failed to do so and had been foot-dragging for over three months.

The former governor said after he defected to the NNPP, apart from his nomination as a senatorial candidate, the NNPP nominated none of his members for the coming elections.

“Shortly after, I sought an audience with Kwankwaso and I presented our proposal to him, to which he said it was okay and in line with his intention.

“On 16 May, Mr Kwankwaso visited me and the proposal was discussed again and the idea of establishing a committee was reached with the NNPP Kano governorship candidate, Abba Yusuf, as the chairman, his deputy, Aminu Abdulsalam, Kawu Sumaila and Alhassan Rurum all as members

‘’Surprisingly, on May 19th, a list of candidates was released by NNPP in Kano without consideration to our demands. I was forced to immediately proceed to Abuja the next day to see Mr Kwankwaso over the issue, and he agreed to expand the committee with four others members from our group.

‘’They (NNPP) conceded 13 House of Representatives membership to us and 31 state assembly members, among others,” Mr Shekarau recounted.

“At a point in time, I spoke to the Kano NNPP chairperson, Haruna Doguwa, over the foot-dragging on the issue and he was even included as a member to fast-track the harmonisation of our candidates with their candidates but that also did not work,” Mr Shekarau added.

‘’I also spoke with the national chairman of the party so that the harmonisation of the two lists of the two groups could be worked out but it never happened until INEC closed the candidate’s list window of submission,” Mr Shekarau lamented.

The senator said various political parties have since been exploiting the disagreement and inviting his group to join them, saying that the group was still considering the offers.

Mr Shekarau and his group left the APC in May after a dispute with Governor Abdullahi Ganduje over the control of the ruling party.

He was thought to be returning to the PDP but opted to lead his group into the NNPP after the party was taken over by Mr Kwankwaso and his group.

The two former governors had always avoided being in the same party until the development. However, it now appears that their romance will be short-lived.