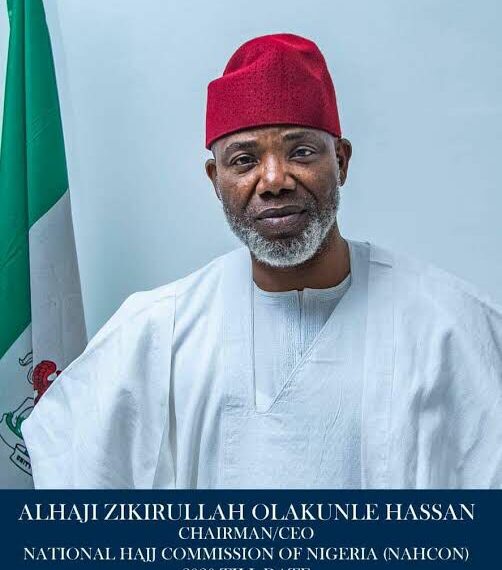 About 1,238 intending pilgrims to Mecca from Kano State are stranded and may miss the 2022 hajj exercise if nothing is done to airlift them in the few hours before the Saudi Arabian authorities close their airspace.

The Saudi Arabian authorities announced they will close their airspace at 12 a.m. on Wednesday, July 6, 2022, for the annual ritual.

The executive secretary of the Kano Pilgrims board, Muhammad Dambatta, said over half of the intending pilgrims from the state are yet to travel due to flight hitches.

A university lecturer, Adams Abdullahi, an intending pilgrim, accused the National Hajj Commission (NAHCON) of frustrating the effort of the Kano State Pilgrims Board to airlift the pilgrims.

“These people are not happy with the Executive Secretary of Kano State Pilgrims boards over his initial rejection of Azman as the state carrier and his insistence that he will not allow hajj saving scheme pilgrims who registered through Jaiz Bank in 2022 over those that registered in 2019, 2020 and 2022 under Kano state pilgrims board,” Mr Abdullahi, who lectures at the Bayero University, Kano said.

“How can NAHCON descend to such pettiness of trying to deny pilgrims their lifetime opportunity to perform their religious obligations, the lecturer said

He urged President Muhammadu Buhari to intervene and direct the NAHCON to provide bigger aircraft to airlift the intending pilgrims from the state before Wednesday’s deadline.

However, Mr Dambatta said his organisation is making plans to provide an aircraft on which the intending pilgrims will travel before the deadline.

He blamed the NAHCON for assigning an Azman Air aircraft with limited capacity to the state instead of an aircraft with a larger capacity it requested.

“Azman Air is airlifting only 100 passengers to Saudi Arabia and it took them six hours to land in Jadda instead of four hours. They have so far done five trips but they were unable to convey half of the Kano pilgrims.

“Governor Abdullahi Ganduje has visited the National Hajj Commission to intervene in the delay, I initially wrote three letters of complaint with regards to the capacity of the Azman Airliner, Mr Dambatta said.

“Lately, the NAHCON has not responded to our complaints, they have promised to send in Flynas airliner to evacuate the intending pilgrims, hopefully, the Flynas airliners are coming to rescue the Kano pilgrims,” he said.

Meanwhile, the NAHCON has assured intending pilgrims from the country that none of them will be left behind.

The commission’s spokesperson, Fatima Sanda, told PREMIUM TIMES that the delay in Kano was not intentional.

“The NAHCON had assigned airliners to respective states for the 2022 hajj exercise earlier than scheduled, but some states kicked against their airliners and insisted on other alternatives.

“Had it been Kano started airlifting their pilgrims on schedule, the problems being faced would have been resolved.

“If every state rejects the choice of the Airliner by the National Hajj Commission there will be no guiding rules and the exercise would be rowdy,” Mrs Sanda said.

“The problem is that the time wasted on rejecting the proposed airliner should have been used in airlifting the pilgrims,” she said.

She assured that all the remaining about 3000 Nigerian pilgrims including those from Kano will travel before the closure of the Saudi airspace on Wednesday night.