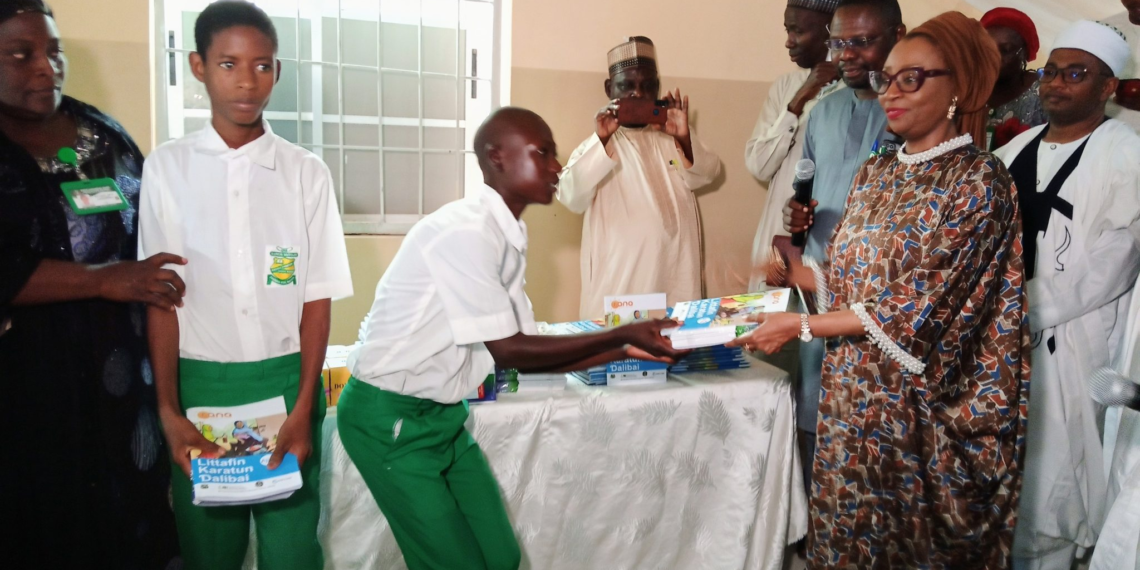 The Kaduna State Government on Wednesday began the distribution of school uniforms and learning materials to pupils in 4,260 public primary schools and 838 learning centres across the state.

Speaking at the distribution event, the Executive Chairman, Kaduna State Universal Basic Education Board (KADSUBEB), Tijjani Abdullahi, said that the goal was to improve the quality of teaching and learning in the state.

Mr Abdullahi, who was represented by Samaila Liman, Permanent Member, Schools KADSUBEB, said that the learning materials would be distributed under the World Bank-supported Better Education Service Delivery for All (BESDA).

He said that the BESDA programme was specifically designed to address the problem of out-of-school children, by ensuring that children were enrolled in school, remained in school, and completed their education.

He said that each pupil from primary one to three in the 4,260 public primary schools in the state would get a pair of uniforms, sandals, school bag, books, mathematical set, and pencil.

Other learning items in the pack include an eraser and a sharpener, adding that in addition to these materials, pupils in primary two and primary three would get a literacy book.

He added that all the 51,000 learners in the 838 learning centres would receive all the learning materials.

The executive chairman said that under the BESDA programme, the state government had sensitised 2,000 caregivers, to provide incentives and encouraged them to enrol their children in school.

“The programme also established the 838 non-formal learning centres to accommodate the 51,000 learners enrolled and engaged facilitators to teach and provide the needed care to the children,” he said.

Also speaking, the Deputy Governor, Hadiza Balarabe, described books as a “gateway to knowledge and a warehouse to an entirely new life.”

Ms Balarabe, who was represented by the Special Assistant to Governor Nasir El-Rufai on Human Capital Development, Sagir Balarabe, said that the effort was part of the government’s commitment to 12 years of free and compulsory basic education.

“As part of our commitment, we are providing free school uniforms and free school feeding to children in public primary schools.

“This is because the government has identified education as a major pillar in the match to a society driven by its human capital development.

“It is our desire, therefore, that no child of school-age should be left behind on account of lack of access or money,” she said.

The Commissioner for Education, Halima Lawal, commended the World Bank for the support and reiterated the government’s commitment to repositioning the education sector.

Mr Lawal, who was represented by the Deputy Director, Public Schools, Mercy Kude, called on parents to support their child’s education by simply enrolling them in school.

Also speaking, Hadiza El-Rufai, wife of Governor Nasir El-Rufai, called on relevant stakeholders to support the state government to address the menace of out-of-school children in the state.

Speaking on behalf of the pupils, Abdulrahman Jibril, a Primary four pupil of Government Basic Education School, Unguwan Sarki, thanked the World Bank and the state government for the support.