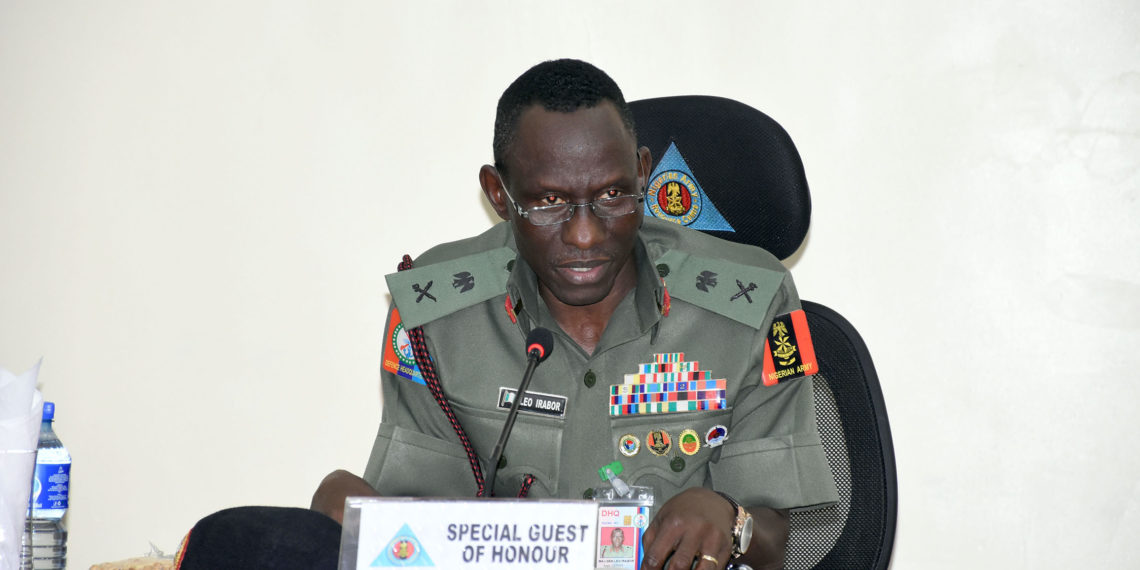 Mr Irabor said the armed forces do not take instruction from state governments.

The Nigerian military has kicked against the call by the governor of Zamfara State, Bello Matawalle, that residents of the state should buy arms to protect themselves from the incessant bandit attacks in the state.

Speaking with journalists in Abuja on Monday at the Joint Exercise for the National Defence College and War Colleges of the Armed Forces of Nigeria, code-named “Exercise Grand Nationale,” the chief of defence staff, Lucky Irabor, a general, said the country’s armed forces and other security agencies are capable of securing lives and properties.

Mr Irabor said he was yet to understand the governor’s rationale for asking residents of the state to bear arms. However, he added, that it was not his responsibility to speak on the legality of the matter saying it was the job of the attorney general of the federation.

“I believe that, in my view, it is not the right way to go.

“Of course, there are actions that members of the security agencies and the armed forces, in particular, the police and other security agencies, are doing to address insecurity in Zamfara and environs.

“Beyond that, of course, there are other legal issues, other issues of governance, issues that the government could have addressed using the instrumentality of the law that are available for him to bring greater peace and security.

“But like I said, I do not intend to say much about it, but I believe that the Federal Government, using the Attorney General, will look at the details of that press release and give further instruction.

Mr Irabor said the armed forces were only an instrument of policy implementation, adding that it did not take instructions from state governments.

He said the constitution gave rights and powers only to the Commander-in-Chief for the use of the armed forces.

“I believe that what we are doing in Zamfara and of course, across the states of the federation, is in deference to the provisions of the constitution.

“We do not need to restate what the issues are that have led to the deployment of the military across the country but then like I said, we are doing the very best to ensure that peace returns to every part of the country,” he said.