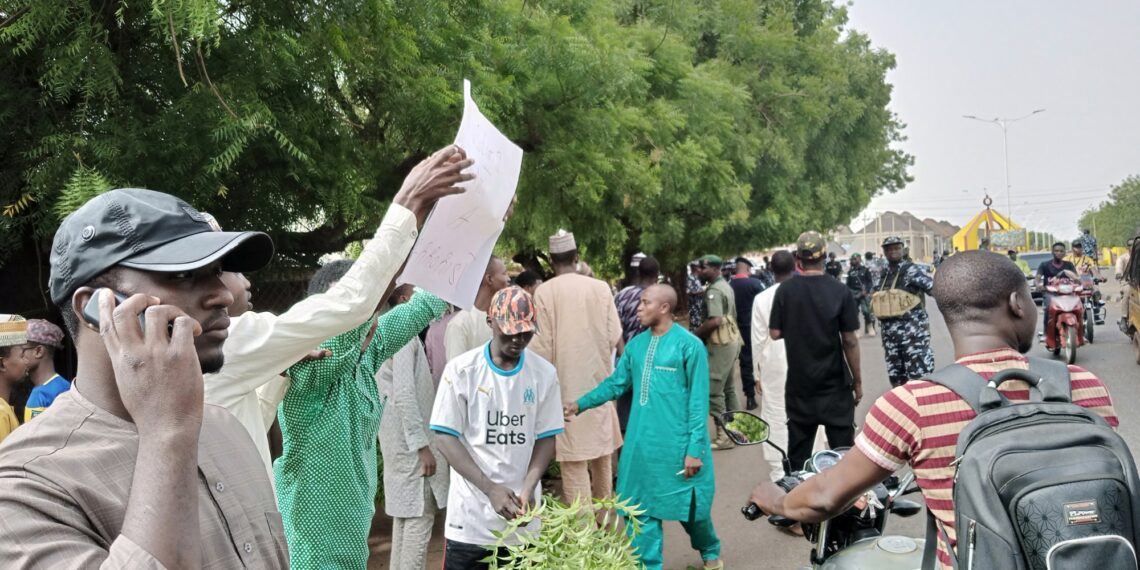 Sokoto State has been one of the worse hits in terms of bandits' attacks.

Residents of Lambar Tureta and other communities in Tureta Local Government Area of Sokoto State have blocked the federal highway linking Zamfara with Sokoto and Kebbi States in protest over increasing attacks blamed on bandits.

Local sources told PREMIUM TIMES that the attacks have escalated in recent weeks.

“Even yesterday, we saw them on several motorcycles crossing over to the Shagari town side. Villages are constantly attacked at will by the bandits with no or little from the security agents,” Lawali Tureta, a former staffer of Government Secondary school Lambar Tureta said.

He said security agents take too long before responding to calls for help during attacks.

Mr Tureta said youths of the town decided to block the road to attract the government’s response to their call for help.

Another resident of the community, Attahiru Salihu, said he joined the protest in solidarity with the suffering of the people.

He said, “Even yesterday around 1 a.m. bandits attacked a hamlet just outside our town, killed some of the people there and abducted many. Yet there was no response from the authority concerned.”

Motorists going to Sokoto or Kebbi States were forced to wait for several hours while others had to shelve their journey.

Tijjani Sulaiman, a medical doctor who was resuming work in Sokoto from Talata Mafara Local Government Area of Zamfara State, said someone alerted him before he got stuck in the traffic caused by the protest.

“I left my home town Talata Mafara, around 6:10 a.m. and reached Lambar Tureta, where I found all the road blocked, with smoke coming everywhere from the road, and environ.

“I kept moving to the centre of the scenario to confirm exactly what was going on, and why the road was blocked? Then I heard a voice from one resident saying “there’s no road for you Malam, better go bypass and follow Bush to take you out,” he said.

Mr Sulaiman later told PREMIUM TIMES that he waited for hours before he finally passed through the road.

Premium Times gathered that soldiers and policemen had to intervene before the youths dispersed and the road was cleared to allow vehicles through.

The Sokoto Police Command spokesman, Sanusi Abubakar, didn’t respond to calls and SMS sent to him on the protest or the attacks.