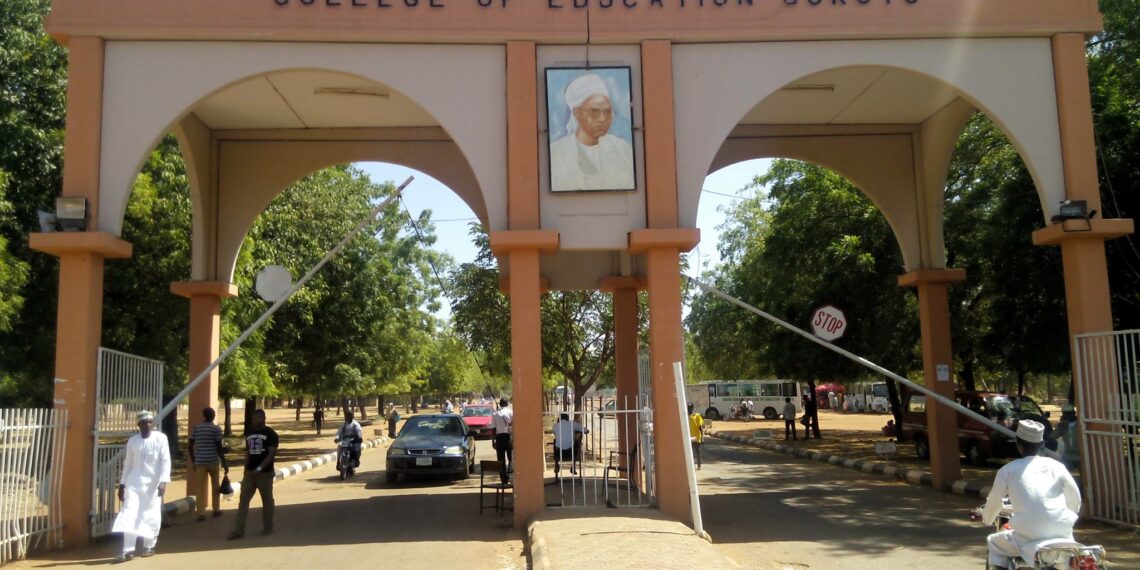 The student identified only as Ms Deborah was alleged to be protesting against the uncontrolled sharing of messages on a school WhatsApp group believed to be dedicated only for academic purposes.

Some students of Shehu Shagari College of Education, Sokoto, on Thursday, lynched a 200 level female student of the Department of Early Childhood Education, Deborah Emmanuel, over an allegation of blasphemy against Muhammed, a prophet of Islam.

The deceased was violently stoned to death and later set ablaze by the angry mob, who are mostly students of the college.

The college authorities immediately announced the closure of the school and ordered students to vacate the campus.

The Sokoto State Government has also promised to investigate the matter and vowed that the perpetrators would be brought to book.

The government said it ordered the immediate closure of the institution.

The deceased, whose details were still sketchy as of the time of filing this report, was seen in a video that has gone viral on social media being violently attacked until she collapsed and was set ablaze.

She was said to have made “derogatory comments” against the prophet on a WhatsApp platform.

A student of the college identified only by her first name, Jamila, narrated to PREMIUM TIMES how the incident started on Wednesday.

She said it all started when someone sent a broadcast message to a WhatsApp group of the students, to which Deborah, the murdered student, belonged.

“It was that kind of message that will ask you to share with other groups if you don’t want evil to befall you,” said Jamila.

But the now deceased Deborah complained that such messages should not be sent to a WhatsApp group created for the sharing of important information about tests and assignments.

Jamila said although she later deleted the voice note, other members of the group had shared it among their friends in the school. It eventually sparked tension among the students on the campus.

PREMIUM TIMES learnt that when the students tried to mob Deborah, the school’s security men came to her rescue. They informed the police when the situation started to get out of hand.

But a resident of Bado, the host community of the college, Ibrahim, said the police couldn’t rescue Deborah as the mob kept hurling stones and objects at the police and the shelter where she was kept.

The shelter, which was originally a cell where the school security locked up thieves caught on the campus, has also been burnt down by the mob.

Speaking on Thursday on the matter, the information commissioner, Isa Galadanchi, described the incident as unfortunate.

He said the state governor, Aminu Tambuwal, has “directed the ministry of higher education and other relevant authorities to commence investigations into the remote and immediate causes of the incident and report back to the government.”

“Meanwhile, Governor Aminu Waziri Tambuwal has called on the people of the state to remain calm and maintain peace as the government would take appropriate actions on the findings of the investigations by the relevant authority.”

Meanwhile, the Bishop of Sokoto Diocese, Matthew Kukah condemned the killing and called on authorities to investigate the tragedy and ensure that the culprits are brought to the book.

This as many Nigerians have also taken to social media to condemn the development, describing it as barbaric and gory.

A renowned journalist and owner of Radio Now in Lagos, Kadaria Ahmed, took to her Twitter handle to vent her anger at the perpetrators of the act.

Mr Kukah, in a statement issued on the matter on Thursday, noted the peaceful coexistence of Muslims and Christians in Sokoto over the years. He said the conduct of the mob was an act of criminality and that it must be treated as one.

The cleric’s statement read in part: “The only obligation that is owed to her immediate family, her fellow students and the school authorities is the assurance that those who are guilty of this inhuman act, no matter their motivation, are punished according to the extant laws of our land.

“This has nothing to do with religion. Christians have lived peacefully with their Muslim neighbours here in Sokoto over the years. This matter must be treated as a criminal act and the law must take its cause.”

He also called on Christians in Sokoto and Nigeria to remain calm and “pray for the repose of the soul of Ms Deborah; it is the first obligation we owe her.”

Mrs Ahmed in her tweet on Thursday said it is not enough for the school authorities to simply shut down the school. She demanded further details and justice.

She wrote: “Just saw a harrowing video of a mob killing a girl at a college of education in Sokoto.The notice below shutting down the school doesn’t give details. We have totally lost our way (and) are in fact fast becoming a Godless people despite pretence to the contrary. I am angry.