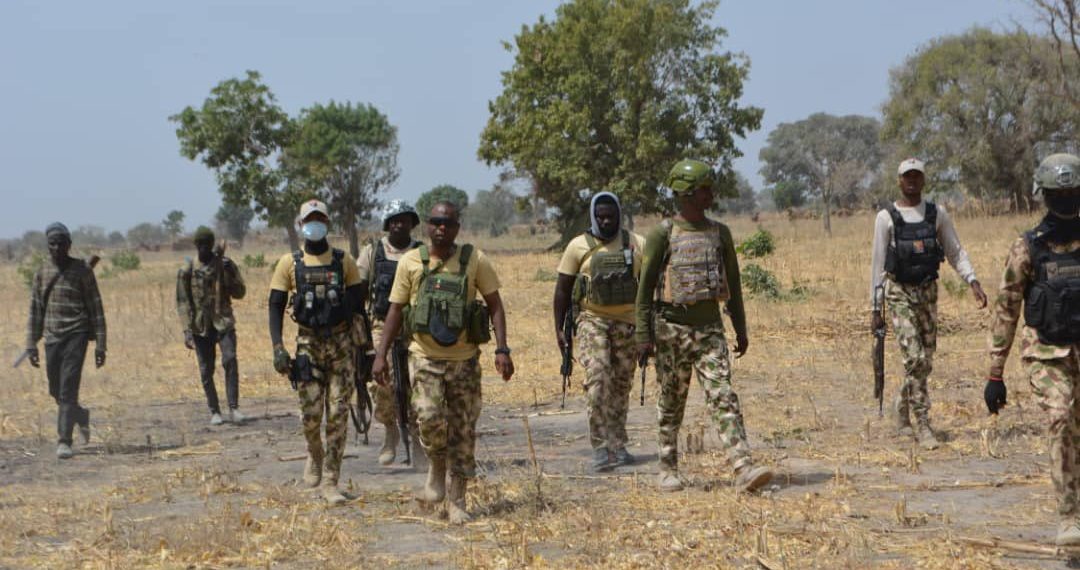 A video showing dozens of bandits being loaded into a truck by soldiers in Kaduna is currently trending on social media.

The Nigerian Army has kept mum on a video allegedly shot in Kaduna State showing the arrest of bandits, more than 24 hours after it went viral.

In the video which has been in circulation on social media, some army personnel are seen loading dozens of young men believed to be bandits in a truck.

In a separate video, the young men in the trucks are seen being transported to a general hospital in Kaduna State.

Army spokesperson, Onyema Nwachukwu, who typically would have stated the feat achieved by his men, did not respond to several calls and SMS sent to his line to confirm the authenticity of the video clips.

Meanwhile, the Kaduna State Government, through its ministry of internal security and home affairs, said it was not aware of the arrests.

The commissioner in the ministry, Samuel Aruwan, in a statement on Sunday, said the state government was awaiting operational feedback from security agencies.

The Kaduna State Government has received enquires from the media and citizens over a video being circulated on social media platforms, allegedly showing security forces parading neutralised and arrested bandits in a location around Chikun LGA.

“It is necessary to clarify that at this time, the Kaduna State Government has not received feedback from security agencies regarding any such operations. Therefore no information can be provided at this time on the veracity of video clips making the rounds.

“The Kaduna State Government is awaiting feedback from security agencies on operations being conducted across various locations of interest. As soon as precise operational feedback is received, updates will be provided to the media and citizens,” Mr Aruwan said.

The viral video is surfacing a few weeks after an attack on a Kaduna- bound train.

PREMIUM TIMES reported how terrorists attacked the train going from Abuja to Kaduna.

At least eight people have been confirmed killed in the attack while others are still missing, according to the Kaduna State Government.

The incident occurred about two weeks ago, a few days after the Kaduna airport’s security was breached.

2023: Ekweremadu alleges plot to exclude him from governorship race