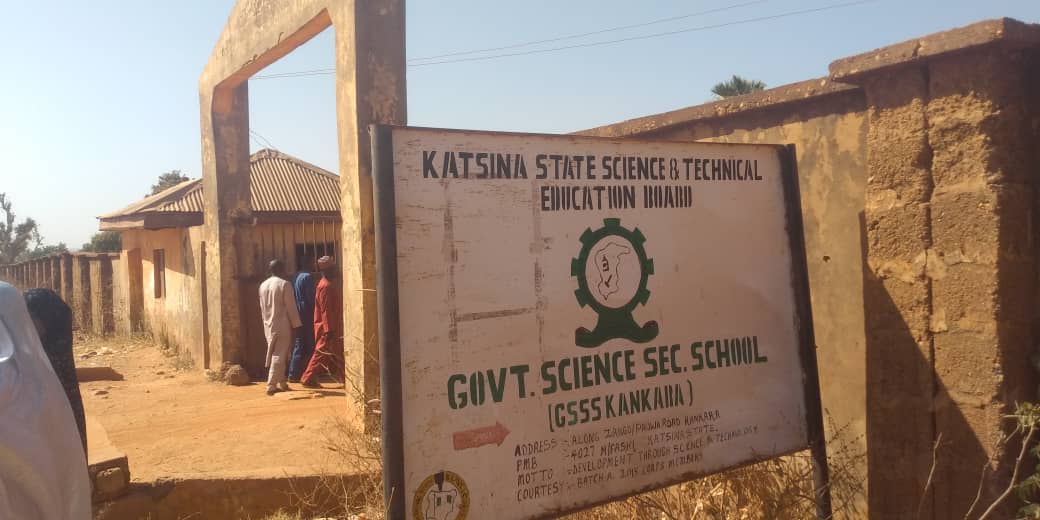 "In Nigeria, the number of out-of-school children, according to UNICEF, was at 10.5 million - before the effects of the conflict, humanitarian crisis and COVID-19 pandemic were felt."

Over 1,000 students have been abducted from Nigerian schools this year, Save the Children International, a non-governmental organisation (NGO), has observed.

The group said increasing cases of attacks on schools between 2020 and 2021 have led to many schools being shut, thereby putting the education system of the country at “extreme risk.”

“From January to August, 2021, over 1000 children were abducted in Nigeria, with so many of them still in the hands of their abductors.

PREMIUM TIMES reported many cases of attacks by gunmen on schools in Kaduna, Katsina, Kebbi, Zamfara and Niger states, during which hundreds of students were abducted for ransom.

Mercy Gichuhi, Country Director, Save the Children International Nigeria, said this in a statement issued on Friday to mark the world second International Day to Protect Education from Attacks.

“When education is under attack, a generation is attacked,” Ms Gichuhi said. “Children, girls and women are more vulnerable at times of attack – putting them at a higher risk of trauma, fear, gender-based violence, physical and sexual abuse.

“Many children in such times will have no choice but to discontinue their education and some will never return back to school – with their childhood dream fading away.”

Ms Gichuhi said her NGO was concerned about the persistent attack on schools, students and teachers in Nigeria.

“The Global Coalition to Protect Education from Attack (GCPEA), says between 2015-2019, there were 100 reported attacks on schools in Nigeria. These attacks have been on the increase between 2020 and 2021, which led to the closedown of many schools by the government due to fear of being attacked,” she said.

She said a recently released report by Save the Children, titled: Build Forward Better, revealed that the DRC, Nigeria, Somalia, Afghanistan, South Sudan, Sudan, Mali, and Libya have education systems that are at ‘extreme risk’ while Syria and Yemen follow closely behind.

“The new data, which is the first of its kind, follows recent Save the Children research, which found that on average, children in low-income countries have lost 66 per cent more of their lifetime schooldays during the pandemic, compared with their peers in well-off countries.”

Ms Gichuhi, said the International Day to Protect Education from Attack, marked across the world every September 9, “is an important moment to raise awareness on the situation of education in conflict and some of our focus on the Safe Schools Declaration.”

Out-of-school children on the increase

“In Nigeria, the number of out-of-school children, according to UNICEF, was at 10.5million before the effects of the conflict, humanitarian crisis and COVID-19 pandemic were felt. With the total or partial closure of schools in Zamfara, Katsina, Adamawa, Kaduna, Niger and other States due to kidnapping and abduction of school children, the number of children that would be prevented from accessing education in Nigeria could be on the increase.

“We know that education is in the grip of an unprecedented crisis across West and Central Africa (WCA). For the first time in human history, an entire generation has had their education disrupted. But, before COVID 19, the education system was already in crisis across WCA, with the lowest school enrolment rates in the world at the primary level.

“In fact, in normal times, 1out of 5 of children aged 6-11 years are out of school in WCA. While the impact of the COVID-19 pandemic on education continues, violence and attacks against schools also continue in the Sahel, Nigeria and the DRC with huge consequences for children.

“That context exacerbates pre-existing structural problems within the education system, including the lack of qualified teachers, school facilities, overcrowded classrooms, lack of teaching materials and the inability to adapt teaching to meet the psychosocial needs of children, the organisation said.

The statement quoted a Save the Children Girl champion in Borno State, Madina Abdulkadir, as saying: “Closure of schools does not only affect our present but it also endangers our future. It is not appropriate that the first thing done in crisis is the closure of schools.

“We understand that the government wants to save our lives but shouldn’t there be a better option like providing the necessary security arrangements to protect the learning environment?”

The statement further highlighted: “Save the Children urges governments to put in place mechanisms that ensure the protection of schools and other learning environments, as Nigeria hosts the globe at the fourth International Conference on Safe Schools Declaration.

“We look forward to seeing government and international partners coming up with concrete measures to build resilience at the community level, evolved security measures that will help curb the persistent attack on educational facilities including the children and their teachers.

“Save the Children equally calls on international partners and the Government of Nigeria to increase investment in education to address the multi-faceted factors affecting education in Nigeria.”

COVID-19: Health worker, one other die in Edo