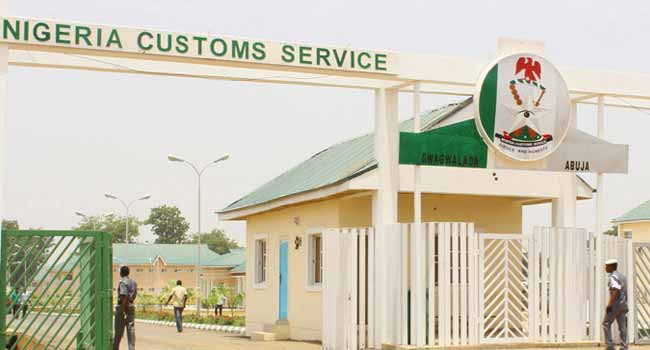 The Katsina State House of Assembly is investigating a petition accusing two Customs Service officers of raping and impregnating a 15-year-old girl.

The Chairman of House Committee on Public Petition, Abduljalal Haruna-Runka, disclosed this to the News Agency of Nigeria (NAN) on Thursday in Katsina.

He said that the petition was brought by an NGO, Queen Dijah Women and Children Awareness Initiative.

Mr Haruna-Runka said the petition was read at plenary, after which, the Speaker, Tasiu Musa-Maigari, mandated the committee on public petitions to investigate the matter.

He revealed that the committee would invite the suspects and the victim during investigation.

According to him, the committee would submit its findings after the house resumes sitting in April.

The petition was signed by the organisation’s president, Khadija Saulawa.

In the petition addressed to the Speaker, the NGO called for discreet investigation over “aggravated sexual assault, rape and impregnation of a teenage girl”.

It said the crime was allegedly perpetrated in Rijiyar Hamza village, Katsina Local Government Area by the two suspects, (names withheld), who “were claimed to be officers of the Nigeria Customs Service.”

Ms Saulawa stated in the petition that the two men allegedly came with a Hilux vehicle with tinted glasses, lured and had sex with the victim inside the vehicle.

According to the petition, the victim revealed that the duo sometimes gave her N200 after sex for the six months the relationship lasted.

“It is our observation that the suspects took undue advantage of the poverty and humble background of the said teenage girl’s family.’

“It is with heavy heart and great consternation that we inform you that the victim has delivered a baby boy three months ago.

“We became aware that a purported amicable settlement was made between the suspects and the parents/relatives of the victim, whereby at the end of every month, each of the suspects contributes N15,000 for feeding of the pregnant teenage girl.

“However, after the transfer of the suspects from Katsina, they started abdicating their responsibility, which we found incongruous, because the gravity of the offence is not the one that can be settled, hence this petition.

“We urge you to investigate the issue so that the culprits will be brought to book.”

EXCLUSIVE: Banks, telcos will rake in over half a billion naira on new USSD charge