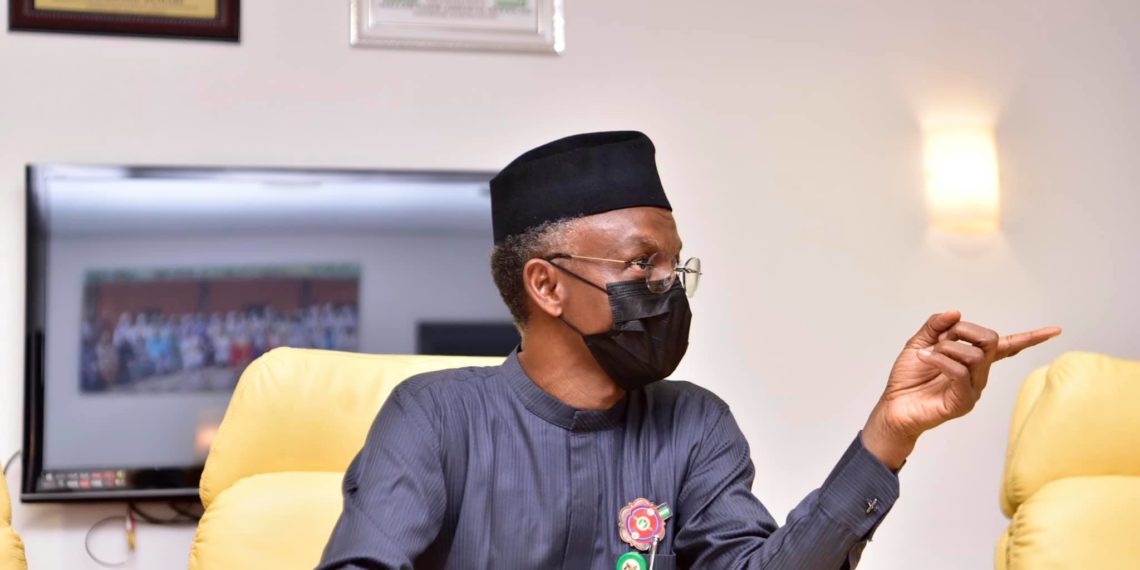 Why banditry will continue in Northwest Nigeria – El-Rufai

"If we cannot come together for the federal government to provide us with soldiers and police to enter the bush and kill all the bandits, it will be difficult to succeed in the fight against banditry"

The governor of Kaduna State, Nasir El-Rufai, has warned that insecurity will continue to escalate in the northwest of Nigeria as long as the states refused to coordinate their policies in dealing with banditry.

The bandits stormed a village in the area around 5:30 p.m. on Saturday and killed 18 residents and robbed others.

The governor said attempts were made at cooperation among governors in the northwest on tackling banditry but that it did not succeed because the governors adopted different policies in addressing the challenge.

“As a result, every state is fighting in it own way. If we cannot come together for the federal government to provide us with soldiers and police to enter the bush and kill all the bandits, it will be difficult to succeed in the fight against banditry,” Mr El-Rufai said.

“There is no synergy among the governors in the northwest on how to end the banditry. But Kaduna is collaborating with Niger State on modalities to end the killings by the gunmen.

“State like Zamfara adopted a policy of dialogue with the gunmen, giving them amnesty, which I don’t believe in. With this, we have differences on how to tackle the situation,” the governor said.

“We sat together with the governors in Katsina but we disagreed on how to tackle the criminality. Some believed on dialogue while others didn’t.

“It is deceitful to believe that a person who is now counting millions as gains from ransom will embrace dialogue and return to his previous lifestyle where he saw little money occasionally,” Mr El-Rufai said.

PREMIUM TIMES earlier reported how the governor of Zamfara State, Bello Matawalle, said his dialogue with bandits has significantly reduced killings in his state.

Mr Matawalle said he will sustain the dialogue with the hoodlums as a result of its success.

“The peace process was the only way to address the security situation in the state and a lot of success has been recorded since the commencement of the peace process,” the governor said on Friday.

He said Allah instructed the Muslim Ummah to dialogue with one another to resolve crisis, insecurity and injustice in order to foster unity, understanding and love.

“My administration inherited the insecurity from the past administration but with peace dialogue initiative, the situation has been reduced to a minimum level, which now makes citizens of the state move freely without any fear of attacks or kidnapping as was the case before,” the Zamfara governor said.

Why banning cryptocurrency transactions is not right – Moghalu