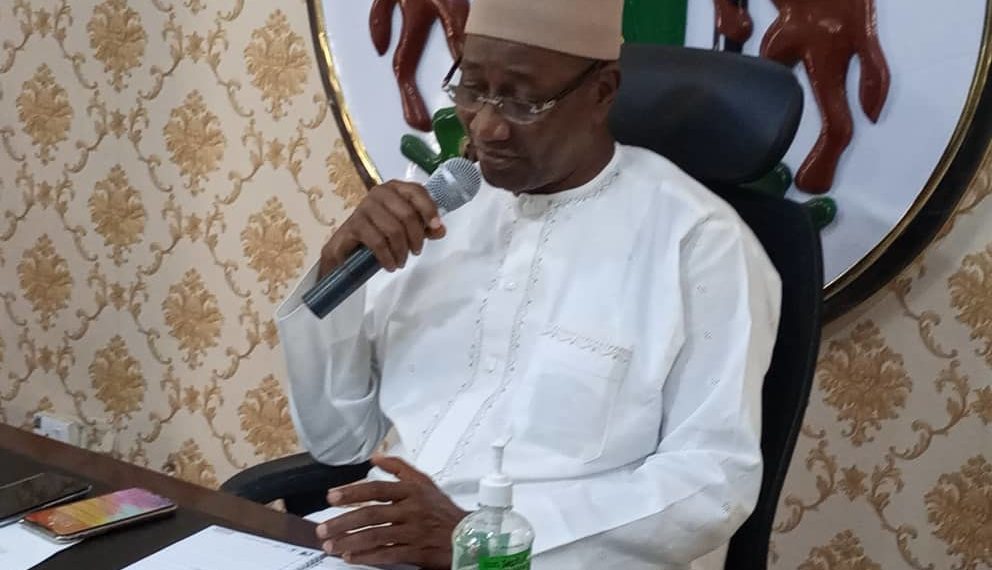 An official says the decision is part of Mr Ganduje's policies to rid Kano of illicit substance abuse.

Governor Abdullahi Ganduje of Kano State has directed all cleared contestants in the forthcoming local government elections scheduled to hold January 16 to be subjected to a compulsory drug test.

The state commissioner for information, Muhammad Garba, disclosed this on Thursday while briefing journalists on the outcome of the state Executive Council Meeting held at the Government House, Kano.

According to Mr Garba, the decision was part of the government’s policies to rid Kano of illicit substance abuse.

He reaffirmed the administration’s commitment to tackle drug abuse among political leaders.

He said the government would not hesitate to issue necessary disciplinary measures against ”anyone found with the trace of illicit substance including a compulsory recommendation for rehabilitation”.

This he said is to encourage other philanthropists to emulate the business mogul’s contribution to economic development and empowerment of the people.

The commissioner said the bill would be transmitted to the state House of Assembly for substitution and possible passage.

He revealed that approval has also been given by the council for the ratification of the executive approval for maintenance works on 14 selected metropolitan roads through direct labour at the sum of N40.5 million.

Mr Garba also announced that the council has approved the release of N99.2 million for the completion of ”some office blocks and other construction works at the state Qur’anic and Islamiyya Schools Board”.

The council, he said, has also given approval for the takeoff the newly established Policy Strategy, Implementation and Evaluation Directorate and the release of N11.6 million for the purchase of furniture, equipment and stationery, including N25.6 million for the provision of ICT infrastructure.

TETFund approves N12bn for UNILAG, UNIAbuja, 10 others as ‘centres of excellence’