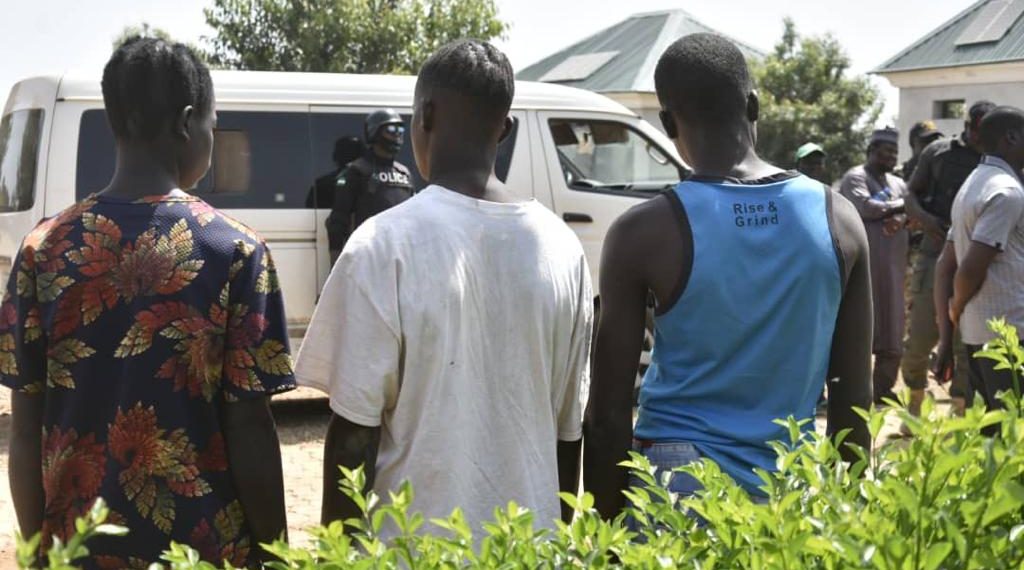 The suspects who allegedly peddled fake news about Southern Kaduna

Officials say the suspects triggered panic among residents. They will be handed over to authorities.

Three persons have been arrested over alleged fake news of impending attack in some communities in Southern Kaduna.

The Sector 7 Commander of OPSH, David Nwakonobi, a colonel, disclosed this while receiving the Kaduna Commissioner of Internal Security and Home Affairs, Samuel Aruwan, who visited the Sector 7 Headquarters on a working visit.

Mr Nwakonobi said: “We are happy to receive you and will want the government to know, that we have arrested three persons that phoned Ungwan Kwaki village in Jema’a local government to deliver fake news of an impending attack that caused panic.

“Troops tracked the phone used by the suspects and arrested Joel Luka, Emmanuel Daniel and Sylvester Daniel who claimed to be Fulani from Dangoma coming for an attack, which was later found out to be fake, contrary to the pandemonium that saw women, children and the aged being evacuated from the community.”

He added that the suspects, who are under-18, confessed to being the brain behind the fake news and would be handed over to the appropriate agencies.

In his response, the Commissioner said he was going round military and police formations on internal security operations to extend solidarity to officers and men on the frontline, in view of their dedication to the protection of life and property in the state.

He commended communities in the Southern Kaduna general area for the support given to security agencies, adding that government will continue to engage communities in peace building.

Similarly, the Commissioner visited Kafanchan Police Area Command where he was received by the Commander, Danladi Ibrahim, an assistant commissioner of police.

He also visited some community leaders in Kachia, Zangon Kataf and Jema’a local government areas before departing for Kaduna.

25 years after, Ogoni leaders call for exoneration of Ken Saro-Wiwa