The state government had threatened to cancel the third term on the academic calendar if school proprietors refused to reduce their fees by 25 per cent.

The Association of Private Schools Owners of Nigeria (APSON) in Kano State, on Sunday, agreed to reduce schools fees by 25 per cent as directed by the state’s Ministry of Education.

A statement issued to journalists by the spokesperson of ministry, Aliyu Yusuf, said the proprietors announced their decision during a visit to the commissioner of education in his office.

The ministry had threatened to cancel the third term on the academic calendar if the proprietors refused to reduce their school fees.

Speaking during the visit, the National Deputy President of the APSON, Maryam Magaji, said the association has decided to comply with the government’s directive for the reduction of school fees with a view to cushioning the effects of the economic hardship brought about by the covid-19 pandemic.

She said the proprietors understand that the directives for the reduction of school fees was not intended to hurt anybody, but was done in the best interest of the educational development of the state.

She noted that even though their association does not have jurisdiction to force its three sister associations to follow suit, she pledged to mobilise all the members of the APSON to follow the directive.

“We cannot force the three sister associations to do the same as we do, but we are pledging our loyalty to the government and we would mobilise our members to comply.

“We are not going to the media to destroy the good efforts of the ministry and we would not support any body to go to court and challenge the government’s decision,” she said.

In her remarks, the chairperson of the state chapter of the association, Bimbo Awotunde, said they were at the ministry to register their compliance with government’s decision. She thanked the commissioner for maintaining a good working relationship with private schools operating in the state. 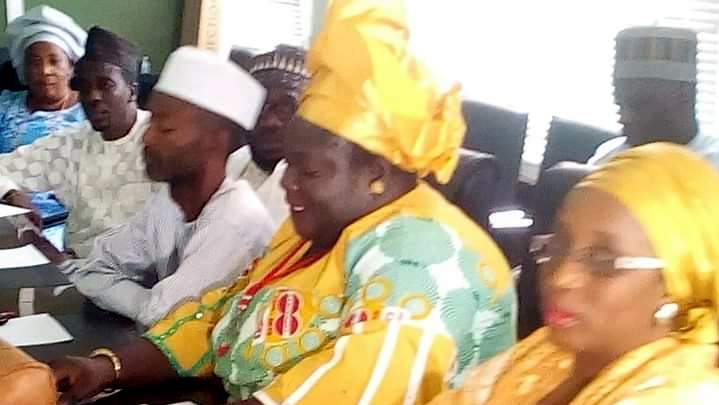 Responding, the commisioner, Sanusi Kiru, expressed the appreciation of the state government over the decision taken by APSON to comply with the government’s directive.

The commissioner said the decision to reduce school fees was taken in the best interest of both parents and proprietors.

He, therefore, urged school proprietors to consider the reduction of the fees as part of their corporate social responsibility, noting that government is very much aware of the economic hardships suffered by both the school owners and the parents as a result of the COVID-19 pandemic.

Mr Kiru said that the government can enforce its policy but decided to consult proprietors in an effort to sustain its cordial relationship with them.

The commissioner, however, warned that the state government would not hesitate to cancel the third term if majority of the proprietors refused to comply with the fees reduction.