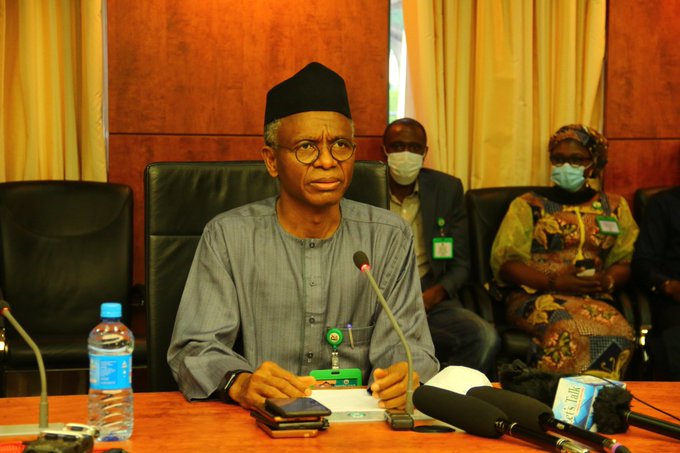 How I intend to choose new emir of Zazzau – El-Rufai

Mr Idris is expected to be replaced by a prince from any of the four ruling houses.

The Kaduna State Governor, Nasir El-Rufai, on Thursday, gave an insight into steps he is taking to appoint a new Emir of Zazzau to replace Shehu Idris, who died on Sunday.

Mr Idris is expected to be replaced by a prince from any of the four ruling houses of Katsinawa, Barebari, Mallawa and Sullubawa.

Mr El-Rufai, who has the duty of deciding who occupies the throne said “he is consulting a book on the emirate to help him in making a decision”.

Four princes are said to be on the forefront in the race.

In a Facebook post Thursday evening, Mr Elrufai posted a picture of a seminal work on the old Hausa kingdom of Zazzau which he said he is consulting while awaiting the submission of the Zazzau kingmakers.

The book is ‘Government in Zazzau, a sociological exploration of the old emirate’ and was written by a former colonial officer.

“KADUNA UPDATE: While awaiting the recommendations of the Zazzau Emirate kingmakers, I am re-reading Prof MG Smith’s authoritative epic on the selection of Zazzau Emirs from 1800 to 1950 to guide me in taking a decision. “Government in Zazzau” was published in 1960.

“The kingmakers recommend but ultimate responsibility to choose rests on my humble. I must be knowledgeable about the process as the aspirants and kingmakers,” the governor wrote on his verified Facebook page.

He was born in the palace when his father, Muhammadu Aminu, was the Emir of Zazzau.

He was turbaned Danmadamin Zazzau by late Emir Idris. When Iyan Zazzau Sa’idu died, Mr Idris promoted Mr Aminu to the important title of Iya, a position once held by the latter’s father before becoming the emir.

Until the reforms two years ago to resize the Kaduna traditional institutions, leading to repelling of some districts, Mr Aminu was the district head of Sabon Gari, a position he was first appointed to in 1979.

He sits on the boards of many companies as chairman or director.

Mr Aminu is from the Kastinawa ruling house, like the two previous emirs.

The son of 16th Fulani emir of Zazzau, Mallam Ja’afaru, Munir Ja’afaru is a lawyer with vast experience in the private and public sector.

Mr Ja’afaru held various positions in Kaduna State and at the national level. He was Secretary/Legal Adviser of the Kaduna Cooperative Bank Limited (1983-1987); Commissioner for Local Government and Community Development, Commissioner for Information, Home Affairs and Culture; Commissioner for Agriculture and Natural Resources, among other ministries he held.

At the national level, Mr Ja’afaru was appointed Secretary of the Nigerian Railway Corporation (1990-1992). He held the position of Director-General of the National Maritime Authority (NMA), the precursor of the Nigerian Maritime Administration and Safety Agency (NIMASA) between 1992 and 1996.

The prince hails from the Bare-bari ruling clan.

Mr Bamalli is the immediate past Nigerian ambassador to Thailand with concurrent accreditation to Myanmar. He was born on June 8, 1966.

He studied Law at the Ahmadu Bello University, Zaria and obtained a master’s degree in International Relations and Diplomacy from the same institution. He has diplomas from the Enugu State University of Science and Technology, the University of York and Oxford University. In 2011 he was at the Harvard University for a short course in governance.

A holder of the traditional title of Magajin Garin Zazzau, a position once held by his late father, Mr Bamalli is an experienced administrator and banker

He joined the defunct FSB International Bank in 1998 rising to the position of Regional Manager before moving to Abuja Metropolitan Management Authority in 2006. He switched to the defunct Nigerian Mobile Telecommunications Limited (MTEL) a year later as head of Human Resources. He then moved to the Nigerian Security Printing and Minting Plc where he was Executive Director, Corporate Services and acting Managing Director at a point.

After the change of government in Kaduna State in 2015, the new administration appointed him commissioner in the state’s independent electoral commission. In 2017, Mr Bamalli was nominated as ambassador at the instance of Mr El-Rufai.

He is the eldest surviving son of the late Emir of Zazzau, Shehu Idris.

Holder of the traditional title of Turakin Zazzau, he is the youngest of the contenders. He was born in 1976 and was named after his father’s predecessor, Emir Aminu.

The younger Idris currently works with the Nigeria National Petroleum Corporation (NNPC) as a senior staff at the Crude Oil Marketing Division of the corporation.

He is married to Karimatu, one of the daughters of Iyan Zazzau Bashir Aminu, also a contender.