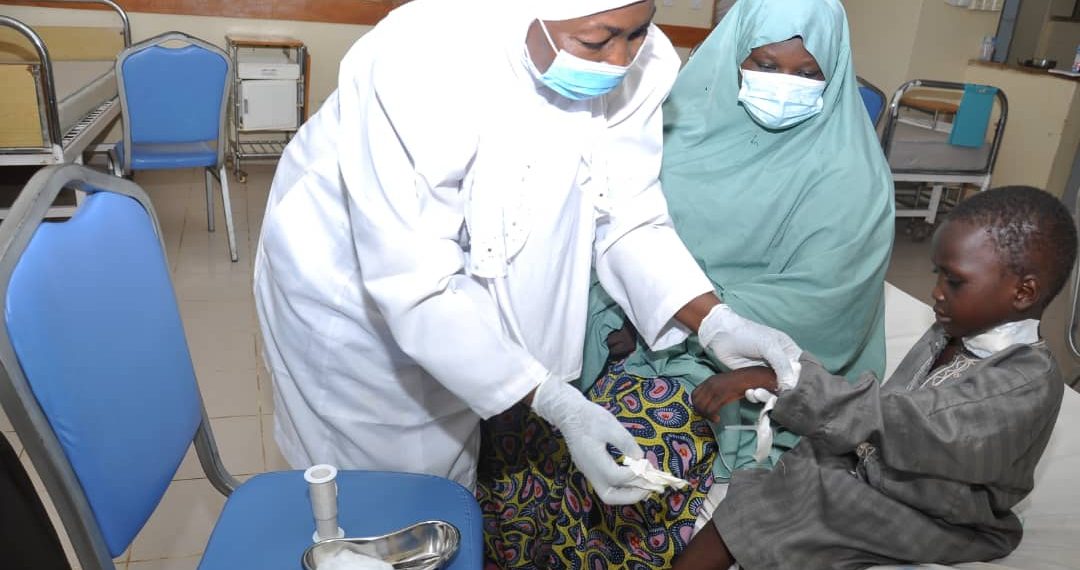 A four-year-old boy, Abubakar Aliyu, escaped death after he was rushed to the emergency unit of the Aminu Kano Teaching Hospital (AKTH) on Thursday, officials have said.

The hospital spokesperson, Hauwa Abdullahi, in a statement, said the boy was rushed to the hospital’s accident/emergency unit 12 noon bleeding from a deep neck cut.

A family source told PREMIUM TIMES that the boy’s uncle, allegedly under the influence of drugs “attempted to slaughter the child”. The hospital did not comment on the source of injury.

The spokesperson, however, said a team of consultants and hospital staff “were assembled within four minutes” to carry out an emergency surgery on the child.

“The surgery was successfully conducted within half an hour. Any delay might have caused the death of the little boy,” Mrs Abdullahi quoted the unnamed consultant who led the surgery as saying.

“The miracle that happened on that day and at that moment is that all the specialists needed for the emergency surgery were found at the hospital’s emergency section at the time when the patient arrived,” Mrs Abdullahi said.

A nurse in the hospital, who was also part of the team that conducted the surgery said “this surgery is the second fastest and successful surgery to have been done in the hospital ever since it was established 32 years ago”.

The hospital said the young Aliyu is currently stable.