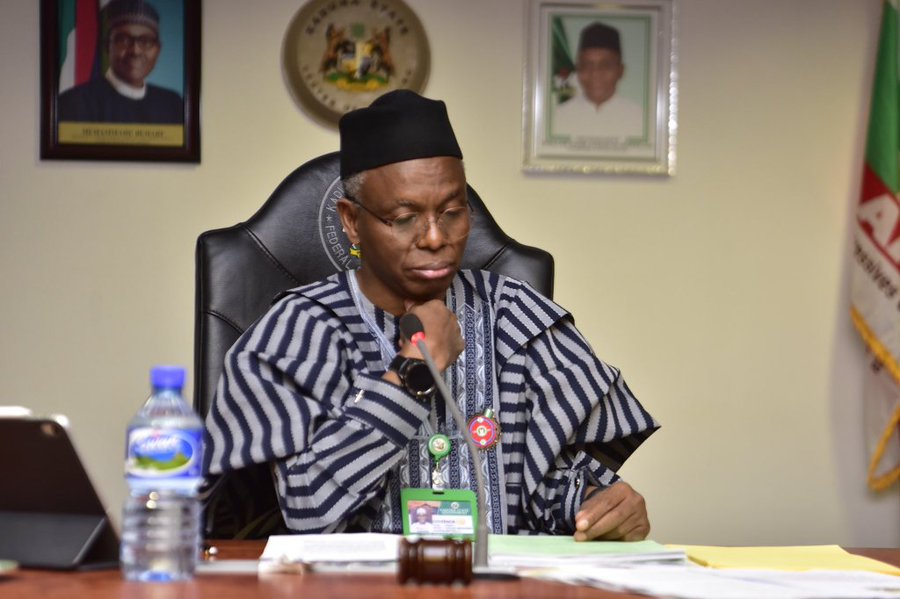 The governor spoke at a media chat on Thursday night in Kaduna amidst tension in the state over renewed communal clashes especially in the southern part of the state.

Mr El-Rufai said insecurity in the state is being perpetrated by criminal elements who have been killing, kidnapping people and rustling cattle in the entire North-west region.

The governor lamented that the activities of the bandits were being coated as ethnic and religious when they occur in the southern part of the state. He said this tends to exacerbate communal tensions and pitch people who have lived peacefully together against each other.

He said that attacks by bandits are not localised to any part of the state.

Mr El-Rufai said the state government had taken steps to secure the southern part of the state, including ensuring that a military base and two mobile police squadrons were located there, answering a decades-long demand for enhanced security presence in the area.

He, however, stressed that in addition to security presence, peace requires that everyone should obey the rule of law and avoid self-help, “because ultimately peace depends on the willingness of people to live in harmony and to settle their differences peacefully.”

“These criminals attack people irrespective of their religion or ethnicity and they have been perpetrating their reign of terror in Giwa, Birnin Gwari and parts of Igabi local government.’’

According to him, the bandits operate mostly in Katsina, Zamfara and Niger states where he noted that their attacks are often seen and reported as criminal activities.

The governor said when bandits attack in southern Kaduna, security reports show that youth from the affected communities often responded by mobilising to attack Fulani communities in their area whose members share the same ethnicity with the presumed bandits, even though many Fulani communities are also victims of the bandits in Kaduna State and elsewhere.

He said the problem is worsened by the response of Fulani communities who often resort to self-help when they are attacked instead of reporting to the traditional authorities and security agencies. “This is how the cycle of attacks, revenge and reprisals occur in southern Kaduna,’’ he said.

The governor, who expressed his sadness at the killings, said the community leaders need to emphasise adherence to the rule of law, to avoid the persistence of attacks and reprisals.

He explained why the state government imposed a 24-hour curfew in Zangon Kataf and Kauru local government areas on June 11.

He said it followed the discovery in Zangon Kataf of the corpse of a man from Kauru who was resident in Zangon Kataf. He said subsequently, some youth barricaded roads and burnt a vehicle with its occupants and that security agencies had to use force to disperse them from the highway.

Although the June 5 dispute over farmland was between Atyap and the Hausa community in Zango, several Fulani settlements were attacked in the events of June 11, with people killed and houses burnt.

The governor said that his administration decided to set up a White Paper Committee to draft the government’s position on the reports of the Justice Rahila CudjoeCommission of Inquiry into the 1992 Zangon-Kataf crisis and the 1995 report of the AVM Usman Muazu Committee in order to find a permanent solution to violent conflicts in Zangon Kataf.

He disclosed that a dispute over farmland was identified as the trigger of the May 1992 crisis, and that such a dispute also flared up on June 5 this year until the intervention of community leaders contained the tensions until violence broke out again six days later.

He said the government initiated the White Paper process as part of a comprehensive approach to solving the problem in Zangon Kataf LGA and restore peace in the area.
Best Regards,