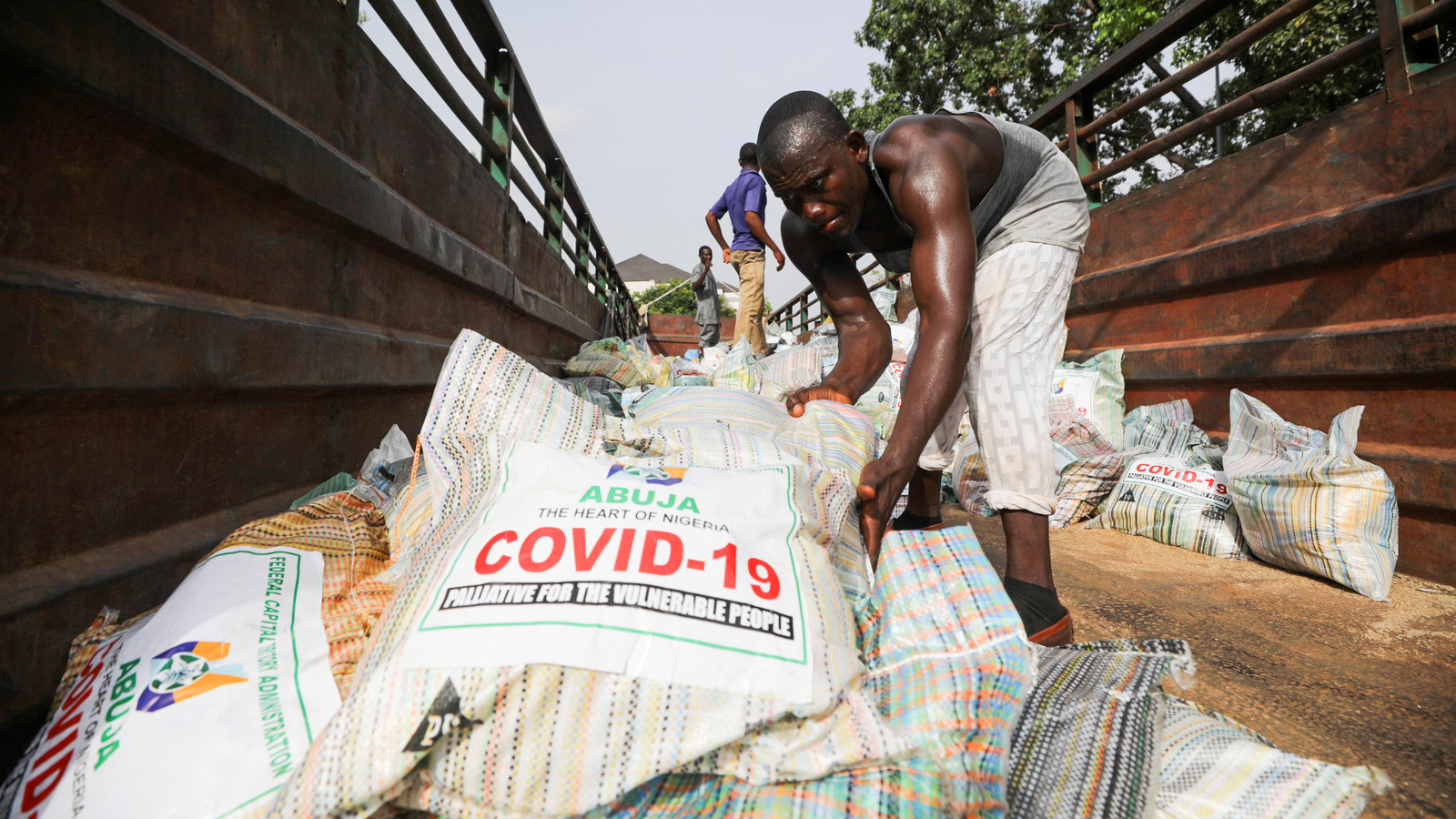 Men load sacks of rice among other food aid in a truck, to be distributed for those affected by procedures taken to curb the spread of coronavirus disease (COVID-19), in Nigeria April 17, 2020. Picture taken April 17, 2020. REUTERS/Afolabi Sotunde - RC2TAG9L3NS5

A Magistrates’ Court in Kano on Wednesday issued a bench warrant for the arrest of Kabiru Ado-Panshekara, the Chairman of Kumbotso Local Government Council, for failure to appear before it.

Magistrate Musa Ibrahim issued the warrant following the refusal of the defendant to appear in court to enter his plea over a charge of criminal breach of trust.

Prosecution counsel, Salisu Tahir, told the court that on May 9, the defendant being the chairman of Kumbotso Local Government Council was entrusted with 1,632 forms for the distribution of COVID-19 palliatives.

“The defendant dishonestly diverted some of the forms to persons that were not supposed to enjoy the COVID-19 palliatives,” he said.

Mr Tahir urged the court to issue a bench warrant to the defendant for his failure to appear before the court since he was properly served a court summon to appear on May 13 at about 9:00 a.m.

He said the offence contravened section 315 of the Penal Code Law and section 26 of Public Complaints and Anti-Corruption Law 2008 (as amended).

The defense counsel, Ibrahim Adamu, told the court that he does not know why the defendant was not in court.

“One of Ado-panshekara’s aides called me that they are on their way, ” he said.

Mr Adamu urged the court to stand the matter down for 30 minutes to enable the defendant appear in court to answer his plea.

The court adjourned the case till May 27 for mention.
(NAN)