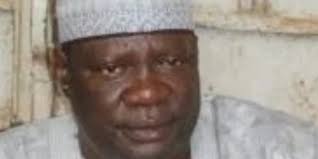 A former speaker of Jigawa State House of Assembly, Adamu Sarawa, is dead.

He was a speaker from the year 2007 to 2015 under the then Peoples Democratic Party (PDP) led administration in the state.

He is a political ally to former governor, Mr Lamido.

The deceased would be laid to rest at his home town, Gurgun Daho of Kafin Hausa local government, according to Islamic rites.

He is survived by two wives and many children and grandchildren.

Kano recorded a high number of confirmed COVID-19 cases because of its densely populated nature, the Director-General of the Nigeria Centre for Disease Control (NCDC), Chikwe Ihekweazu, said.

Mr Ihekweazu, while speaking at the daily Presidential Task Force (PTF) briefing on COVID-19, on Monday, said the number of cases recorded in the state within THAT period is not a surprise.

“I will like to remind everyone that during a pandemic, the risk of spread is in those towns where the population density is highest.

“We are all aware of the population density in Kano. The high number of cases we are now seeing in Kano is really not a surprise,” he said.

Since reporting its index case about two weeks ago, Kano has been the centre of controversies ranging from the rapid increase in number of confirmed cases, ‘mysterious deaths’ and the sudden halt of its only testing centre.