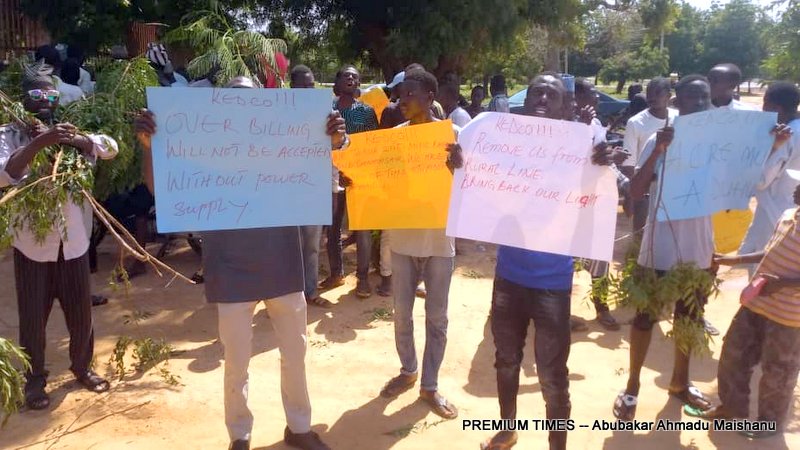 Hundreds of residents of Dutse, the Jigawa State capital, on Wednesday cordoned the office of the electricity distribution company over constant power outage in their area.

The Kano Electricity Distribution Company (KEDCO) is responsible for the provision of electricity to Jigawa.

For hours, the aggrieved residents barricaded the entrance of the KEDCO head office in Jigawa, denying officials access to their office.

The convener of the protest, Yusif Shuaibu, told reporters that the residents of Takur site and other surrounding communities have witnessed regular blackout despite paying their estimated bills regularly.

Mr Shuaibu said three formal complain letters have been written to KEDCO in the past three months on the matter.

That is why we decided to stage the peaceful protest and we will continue even in the court of law until we get value for our money, he said.

“Our next action if the power outage persists, we would call them to come and remove their wires so that we can channel the amount given to them to fueling our generators every month.

“It’s unfortunate that our mothers, sisters that depend on electricity to sell their Zobo drinks have moved out of business because of poor power supply,” the convener said.

When contacted, the Head of Corporate Communication for KEDCO, Ibrahim Shawai, said three transformers in the area developed faults. He said engineers are working to resolve the problem.