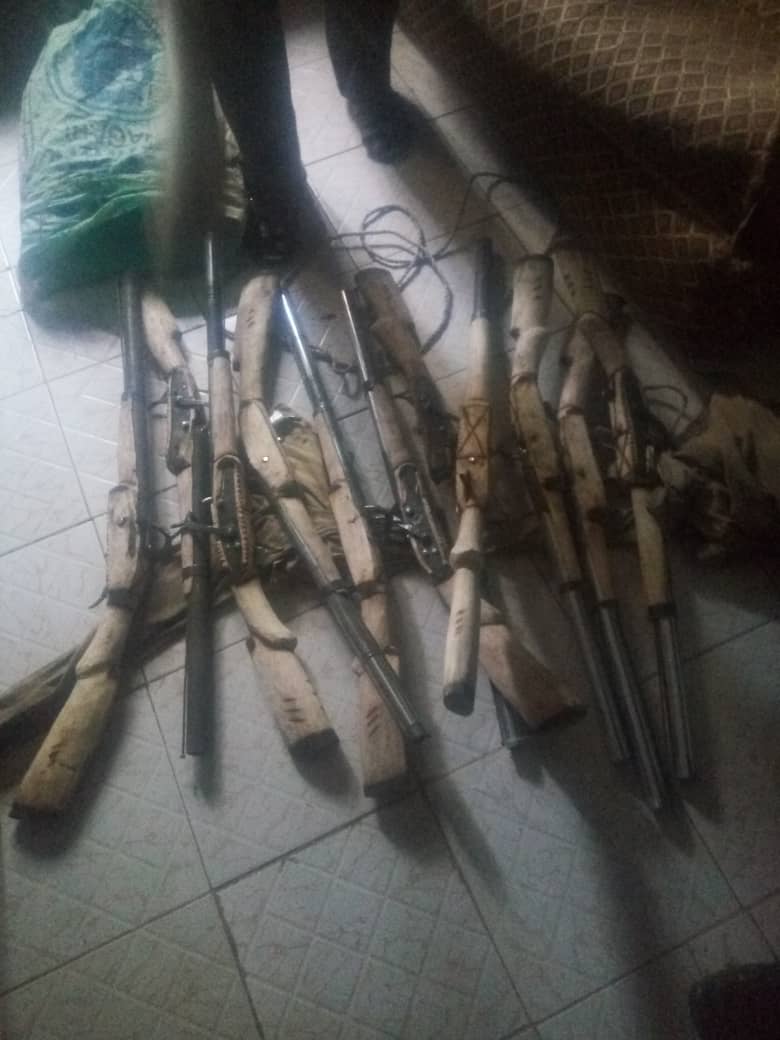 Zamfara police arrest man in possession of 12 locally made guns

The Zamfara State police command, on Saturday, said 12 locally made guns were recovered from a suspect.

Mohammed Shehu, the command’s spokesperson, refuted a rumour going round on social media that the suspect was arrested with AK47 rifles in Gusau.

He said the information is not only incorrect but unfounded.

He stated that on Friday, “the Command’s tactical team on stop and search duty at Dansadau area of Maru Local Government Area, intercepted a suspect identified as Salisu Sa’idu, male, of Mada in Gusau, in possession of twelve locally made guns.”

He also said that, “As the suspect and exhibits were being conveyed to Divisional police Headquarters at Maru, by the arresting policemen, a group of miscreants noticed the exhibits and suspect in handcuffs and decided to attack the suspect believing that he was a bandit.”

The statement said the police officers, who were almost overpowered by the miscreants, had to call for reinforcement from (the) central police station in Gusau, the state capital.

“The police quickly responded and rescued the suspect and the exhibits to the police station. However, the miscreants succeeded in setting the vehicle conveying the suspect ablaze,” the statement continued.

“Investigation has commenced and any person or group of persons found to have taken part in this lawlessness will be made to face the full wrath of the law.

“The command therefore appeals to members of the public to stop taking laws into their hands but cooperate with the security agencies in their efforts to rid the state of criminal elements.”