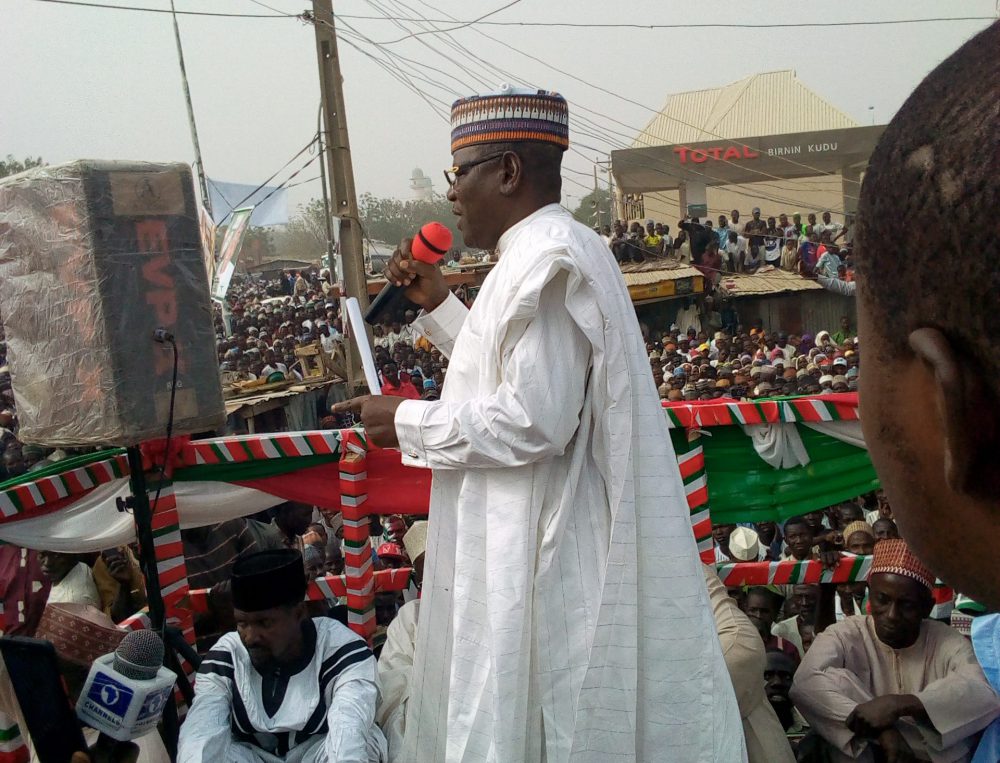 Mr Lamido gave the advice on Thursday in Lafia when he met with the Nasarawa State Working Committee of the party.

“I am a foundation member of the party and has never left the fold since its formation in 1999.

“I have served the party and the country in various capacities which has prepared me for the challenges of governing Nigeria,” he said.

He praised the courage of the All Progressives Congress (APC) members who recently defected to the PDP, and condemned the intimidation and character assassination that had trailed them since they defected.

The aspirant called for a more sincere approach to the war against corruption, and accused the Federal Government of “protecting criminals that had defected to the ruling the party”.

“Efforts to rid Nigeria of corrupt elements must be fought fairly; it is not right to declare someone a criminal today only to change position tomorrow and shield him because he has defected to the ruling party,” he said.

Responding, Francis Orugu, PDP Chairman in the state, commended the aspirant for his courage and resilience “in spite of intimidation and harassment overt the years”.

He assured him that delegates from the state would vote for a person that would not let Nigerians down.

Oshiomhole says APC more cohesive with defection of Saraki, others