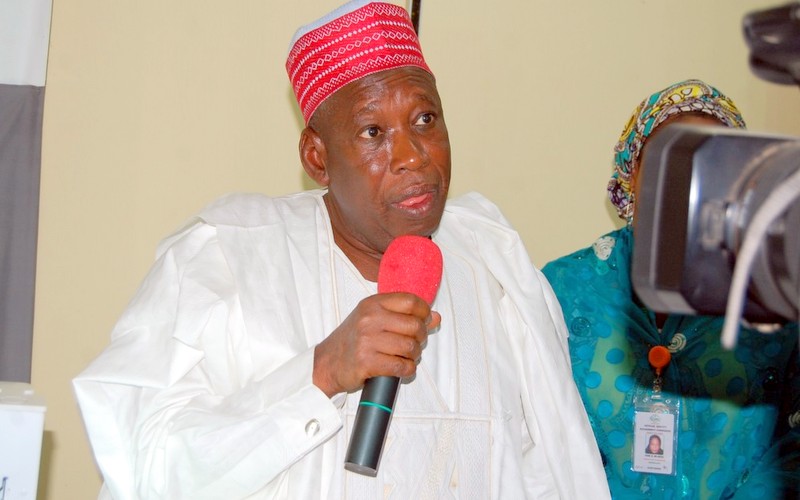 The recent defection of a former governor of Kano State, Rabi’u Kwankwaso, and lawmakers from the ruling All Progressive Congress (APC) will not affect the party’s chances politically, governor of the state, Abdullahi Ganduje, said on Friday.

Mr Ganduje made this known at his office during an interview with reporters. He said he was not personally bothered by the exit of his political rival.

“We are not scared by their exit. Their defection doesn’t constitute any havoc to our great party, the APC, at all levels. People should keep eyes (open) to what will happen during election.

“Our dear President has been doing the needful in terms of developing the nation, coupled with his efforts in efficient service delivery. Good governance is at its peak. The war against corruption is successfully being waged,” he added.

He also said Mr Kwankwaso’s exit will not be felt in the state: “I want you to go and study the situation on ground in Kano, his (Kwankwaso) defection does not change the political mood in the state. Nobody cares to be disturbed by their action,” Mr Ganduje said.

The governor said when his predecessor was in the APC “his intention was to vie for presidency. But when it appeared to him, in black and white, that there is no vacancy in the Villa, he now decided to leave on his own.”

He said Mr Kwankwaso should be ready to battle it out at the polls next year.

“When he secures a presidential ticket from the party he cross carpets to, then he should wait and see how we can slug it out with him. He will fully understand how popular and loveable our President Muhammadu Buhari is.

“Kano will give more votes to our President, than what he got in 2015 election. From the 2015 election to date, those who could not vote because of age limit, are now grown up, meaning they will now be eligible to vote. Hence, Buhari stands the chance to get 5 million votes from Kano,” he said.

Mr Kwankwaso was one of the 14 APC senators who changed parties on Tuesday. He is expected to seek the PDP presidential ticket for the 2019 election.